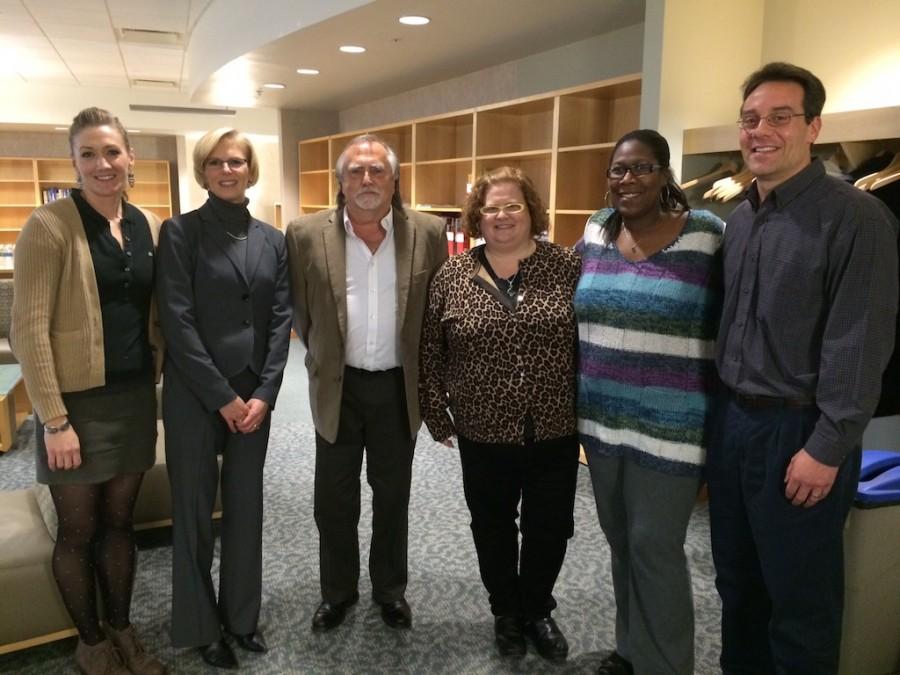 The Committee for Research on Women and Gender held a short ceremony for the Outstanding Feminist Awards in The Institute for Teaching and Learning in Leigh Hall on Wednesday, Nov. 12.

This event was to recognize faculty members and graduate students that have made an inspirational impact in a student or peer’s life.

Feminist faculty members and some graduate students started CROW in 2005. Last year, they started allowing undergraduate students to join instead of just being able to nominate for these awards.

President of CROW, Rachelle Smith, hosted the event. Each nominator was able to read their nomination letter electing the faculty member or graduate student for the Outstanding Feminist Award.

Kristina Floyd elected William Hauser, interim assistant dean. Floyd is the social media & marketing coordinator of CROW and elected Hauser for his constant help and support throughout her career at UA.

Smith nominated Jodi Henderson-Ross from the department of sociology at UA.

“Jodi helped me use my voice and helps me to make my dreams even bigger and a reality, while also letting me know when some dreams are too big,” Smith said.

Henderson-Ross not only won one of these awards, but had also nominated a department chair and professor of Sociology, Matthew Lee, and Kameka Fullwood Tate of The Women’s Studies Program.

Student Claire Lucas, a corporate finance major nominated her professor of two years, Melinda Newman. Melinda Newman is associate professor in the department of finance. Lucas explained how she didn’t know a thing about finance, but after having Newman as a professor she has come to love the field since.

CROW also has a current program to encourage community members to “Lean In.” This program “breaks down the concept of centered leadership” in a series of lectures at the beginning of each month through next semester. The first lecture will be about “meaning” and take place on Dec. 7 at 1 p.m. with location to be determined.