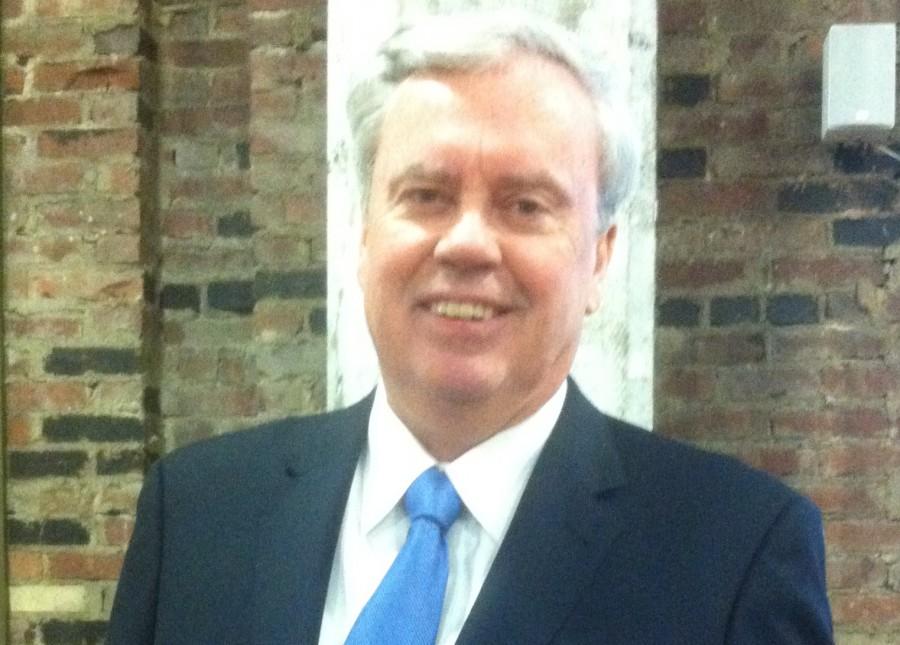 In an effort to help graduate students get jobs right out of college, the Graduate Student Government has created a speaker series called FROM .edu TO .com. The speaker for the session held Monday, Nov. 17 was William Considine, CEO and President of Akron Children’s Hospital.

“Don’t be on the sidelines, be involved,” Considine said.

He emphasized that involvement pays whether that be it a sports team or a fraternity. Considine’s own experiences in student government and sports during his time at UA were invaluable in his later administrative experience. He learned educational experience from seeing how leaders he served under and chose to be an “architect of change” in ambiguous situations.

Considine was born and raised in Akron and has served his role at the hospital since 1979. He spoke to students about how every role he served in his life, every odd job, benefited him in his career journey that brought him to his current role. He learned the importance of a hard day’s work, what people had to do to provide for their families and the importance of a college education.

“Getting out of the dorm room, meeting people, networking and gaining experience is enough to [make a future],” Considine said.

Considine originally wanted to become a history teacher, but became interested in the idea of health care administration from the then-CEO of Akron Children’s Hospital, Roger Sherman. If it wasn’t for Sherman picking up the phone and asking Considine out to lunch, he’d never considered that career path. Considine also encouraged students to work for someone who challenges them and to choose a job not for its pay but for the experience it can provide.

“It was fortunate for so many things to fall [together] for me,” Considine said.

He told students that the secret to his journey was based on the phrase “inner-peace.” He applies this in his work where he can go into a tense situation and get into a calm mental state and see where everyone’s rationale and facilitate a solution for everyone.

Considine explained how the almost 115 year history of the Children’s Hospital was a result of collaboration, volunteering and equality. Around the late 1800s, two churches collaborated to host a place for children of factory workers to be safe while their parents were at work. From the start, it was open for every child no matter beliefs or ethnicity, especially when the daycare added an infirmity for injured children. He used the hospital itself as an example of how these aspects can form to create a successful and important part of a community.

During the Ebola scare in Akron, Considine received a call from the governor concerning the situation and heard about the story of Amber Vinson, the Texan nurse who visited family in Akron and returned to Texas showing Ebola symptoms. Despite the fear and misinformation, Considine wanted to keep staff cool, calm and collected. As a result, he and his staff worked on Code D, which acts as a plan for how the hospital should deal with children who come in with serious diseases like Ebola.

They assessed information from West Africa, where the virus originated in 1970, learned from the Texas Health Presbyterian Hospital in Dallas, learned how the virus is contracted and connected with other local healthcare providers. He prepared a group of staff as a volunteer care team responsible with dealing with staff to ensure safety, the infected child’s health and keep incoming patients safe. Staff went through training sessions in responding to infectious diseases and modified one unit in the hospital to handle patients with an infectious disease. This is a situation that would apply to Considine’s “architect of change” mentality by being a creative leader within an ambiguous situation.

He encouraged students to work on making Akron an attractive place for people to want to come back to and be a leader who leads by example, empowers others and creates a team initiative.