Zips come up short against OSU 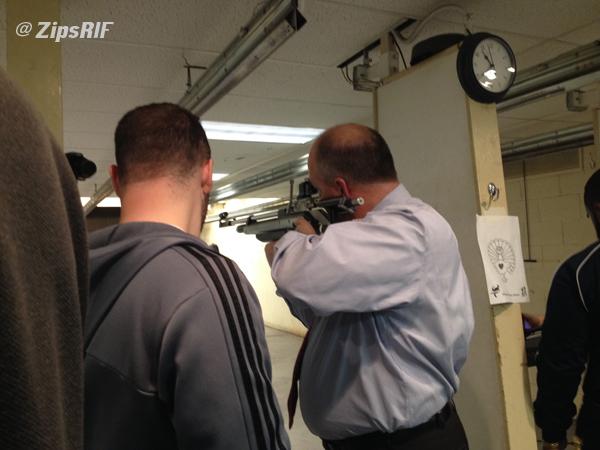 Hosting the last rifle match of the semester, the No. 14 Akron Zips went toe to toe with the No. 9 Ohio State University and No. 13 North Carolina State University the weekend of Nov.21 to Nov. 23.

The second portion of the match was delayed due to OSU getting caught in an ice storm, but this did not cool down the Buckeyes as they lived up to their ranking by winning the three way match.

Smallbore was won with a 588 score from OSU’s Mark Matheny.  In a three-way tie for third place with 573 points, were OSU’s Deanna Binnie, Akron’s junior Matt Chezem and freshman Julia Hatch.

“We had a solid performance, close to our average, but just left a few too many points on the table,” Akron Rifle head coach Newt Engle said.

The race for the airgun individual champion was tight and was won by NC State’s Luca Kozeniesky, who fired a 589 out of the possible 600.  The second place finish also ended with a tie as three shooters finished the event with a score of 587, including Akron’s Zach Strohl.

Other Zips had great performances as well, by either tieing or beating their career high marks. These shooters included senior Liz Berlin (584) and sophomore Alex Fedorko (577), who tied their high marks, while junior Tori Templeton, who earned a 582 score, beat her old record by 11 points.

“Zach continues to be our team leader in air and the new high marks of his teammate’s shows our depth, but to win against teams like OSU we need to improve our consistency,” Engle said. 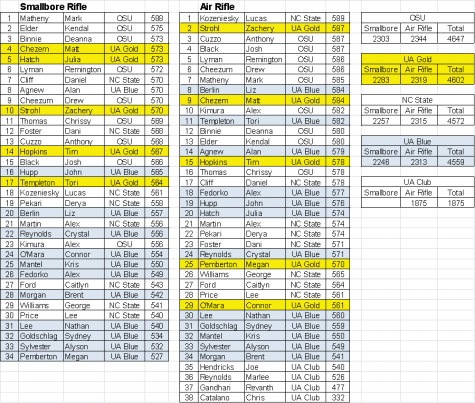 The Zips Rifle team will now go on break for the rest of the semester but will return early from winter break to tune up before their match against the Nanooks from the No. 7 University of Alaska-Fairbanks for the first time. This match will take place at UA on Tuesday, Jan. 13 at 9 a.m.