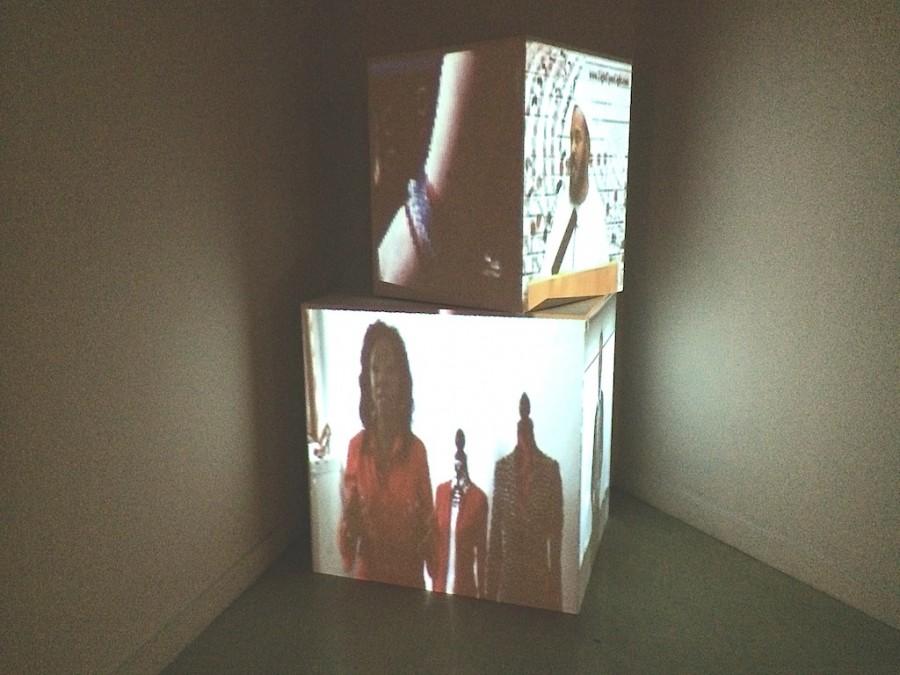 The Myers School of Art had its Advanced Graphic Design students present their video works in the Projects Gallery located in Folk Hall as a part of the Facade exhibit.

The Facade exhibit allowed students to try and showcase what might be hiding behind a facade. Three students, Dieken Rose, Skyler Wuebker and Michael Schwartz each had a projector displaying their video to depict the facade they tried to bring to light.

Rose’s video was to show the true nature of the characters in his short film. Although the characters have a facade that they seem to portray, their intentions and motives are meant to be looked at behind each of their facades.

Wuebker’s video had a series of historical and political moments that have taken place in the last twenty years to reveal politically corrupt moments. Video from Sept. 11 and the World Trade Centers being attacked, and speeches from Saddam Hussein in Iraq and President Obama were all included in Wuebker’s project.

Schwartz did something different with his video by projecting his onto two different boxes with a split screen video. This made the video appear to be shown by multiple projectors from the inside of the boxes rather than one projector from across the room. His project was intended to display the standards that are set by society and how they can become confusing yet still portray “professionalism and order.”

The Facade exhibit will remain displayed in the Projects Gallery at Folk Hall through Dec. 4 at 6 p.m., when the reception will take place for the exhibit.