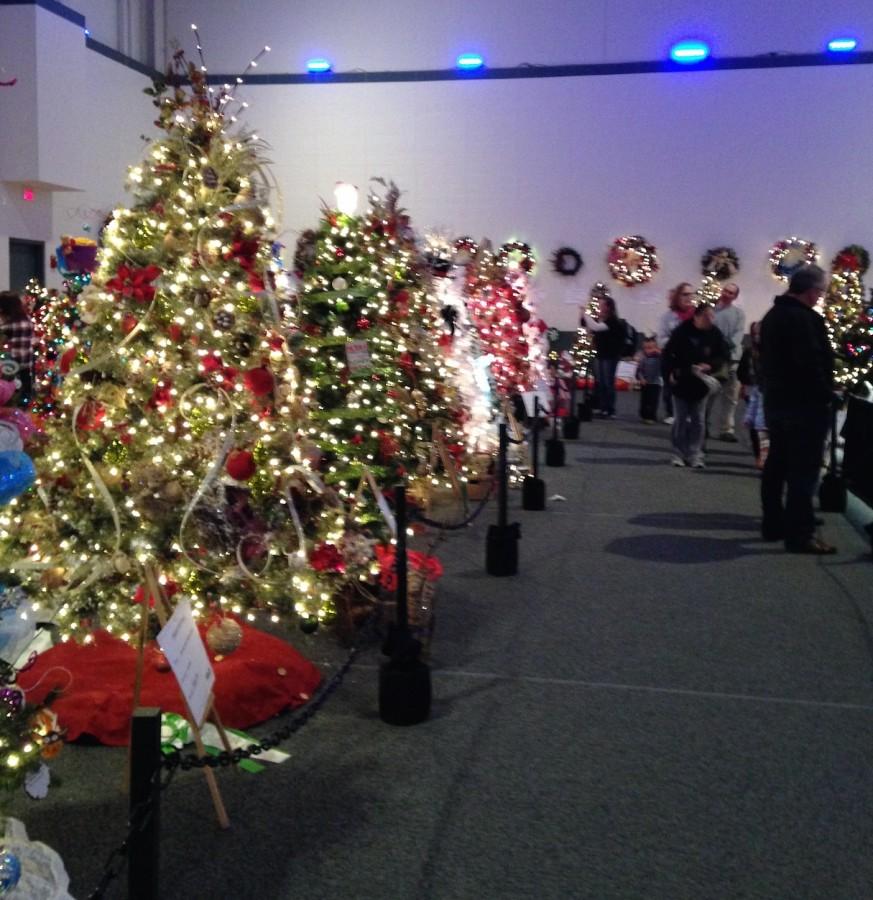 Hundreds of trees donated by different organizations were on display in the Knight Center.

For more than 30 years, volunteers from the Akron Children’s Hospital have held the Holiday Tree Festival beginning on the Saturday before Thanksgiving and ending on the first Sunday after Thanksgiving.

This year, the event was held in downtown Akron’s John S. Knight Center, from Saturday, Nov. 22 through Sunday, Nov. 30.

Any individual, organization, group or business could donate items for the charity event. The volunteers displayed and sold the items to the public. All of the proceeds from the event were given directly to Akron Children’s Hospital.

As a yearly tradition to be involved with this fundraiser, UA’s Child Life Program donated a tree: “Life is Good at The University of Akron.” In total, 154 Christmas trees, 60 wreaths and more than 200 holiday gifts were donated this year.

Though volunteers of Akron Children’s run the event, anyone willing to help is welcome. Over 1,400 people volunteered this year. Preparations began a week in advance—a staggering 85,000 strings of light were hung along with individual displays for each donated item.

“People like to kick their holidays off early; it’s a common Thanksgiving tradition. We get swamped [on Thanksgiving] because people are coming to visit their families and then they come down and see the trees,” Leuca said.

Since its inception, the event has raised over $4.7 million dollars and now attracts 100,000 visitors annually. Chairwoman Leuca hopes that more UA students will volunteer in the future.