Student government tracking use of tuition 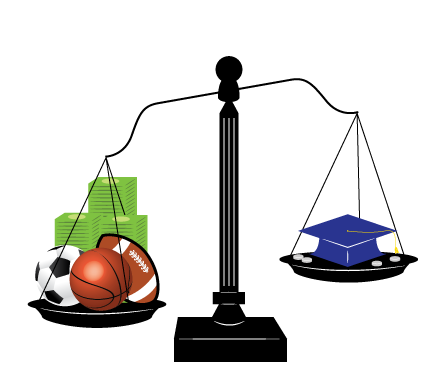 The Undergraduate Student Government (USG) is currently in talks with university president, Scott Scarborough, to discover what student fees actually pay for.

Just how expensive a university education is can be seen on regular bills; what can’t be seen is exactly where all of that money goes, and what it provides for each student. According to the Akron Beacon Journal, UA might be the first college in Ohio to disclose this information.

Current USG president Chelsi King conceived the idea a year ago while talking with then-president Turner Anderson. They realized that they had the resources to talk to administrators and retrieve otherwise unattainable information. Since the USG represents the students—because USG holds responsibility for each student—the two decided to investigate.

USG found that more money might be going toward athletics than previously thought.

There is a “general service fee” each semester for UA students—roughly $37 per credit hour. Added together, that is somewhere between $444 and $592 for a full-time student.

The money is pooled and then used for such expenditures as club sports, marching band, athletics, and the student activities fund among other things.

According to USG, over 90 percent of this payment goes toward athletics.

“We isolated athletics because it was the biggest beast in all of this,” King said. “Ideally, we’d like to go beyond athletics –to have a breakdown of where everything goes. Athletics was the easiest place to start.”

If UA starts to post this information to their website or attach it to tuition bills, they would be blazing the trail for other schools in Ohio to follow. Ongoing talks between Scott Scarborough and the USG may make this happen.

All that’s lacking is information on how students will respond.

“I don’t think that the consequence has to be negative. If I know how much I’m paying for something, it makes me almost more eager to take advantage of it…rather than pushing people away, I think it will invite people in to take part in what they are paying for,” King said.

According to USG, Scott Scarborough has been on the student’s side in this matter—willing to hear them out and take all of their proposals seriously. President Scarborough is currently talking with other administrators to determine what comes next.