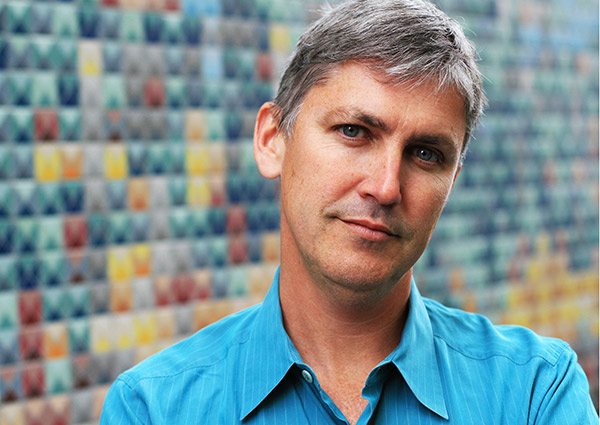 Steven Johnson, author of “Where Good Ideas Come From: The Natural History of Innovation,” “The Invention of Air,” and “The Ghost Map” will speak at UA On Tuesday, Jan. 27.

Those familiar with Johnson’s writing and television programs will recognize his unique takes on science history and innovation. Prospect Magazine chose Johnson as one of the “Top Ten Brains of the Digital Future.”

Johnson is speaking at Akron Roundtable “xtra luncheon.” He is interested in the history of innovations that society has come to take for granted, such as clean water, standardized time, and air conditioning.

Johnson hosted the PBS six-part series “How We Got To Now with Steven Johnson.” In the series, he explains how those technologies came to be and some of the unexpected sources that inspirations was drawn from.

In an interview with “CBS This Morning,” he explains that the episodes explore innovations that “we don’t think about anymore as technology or as innovation that we’re so used to it that it is just part of our everyday lives.”

Johnson is a contributing editor to Wired magazine and he has written for New York Times and The Wall Street Journal.  He has also co-created three science websites.  His latest project is “How We Get To Next,” a website that serves as a collection of new ideas for the future of technology.

Johnson will make his appearance at the luncheon at noon at Quaker Station, 135 S. Broadway. Seats can be reserved for $20 on the Akron Roundtable website. If unable to attend, the talk will be broadcasted on WKSU 89.7 on Feb. 3 at 8 p.m.