Rifle struggles with the the huskers 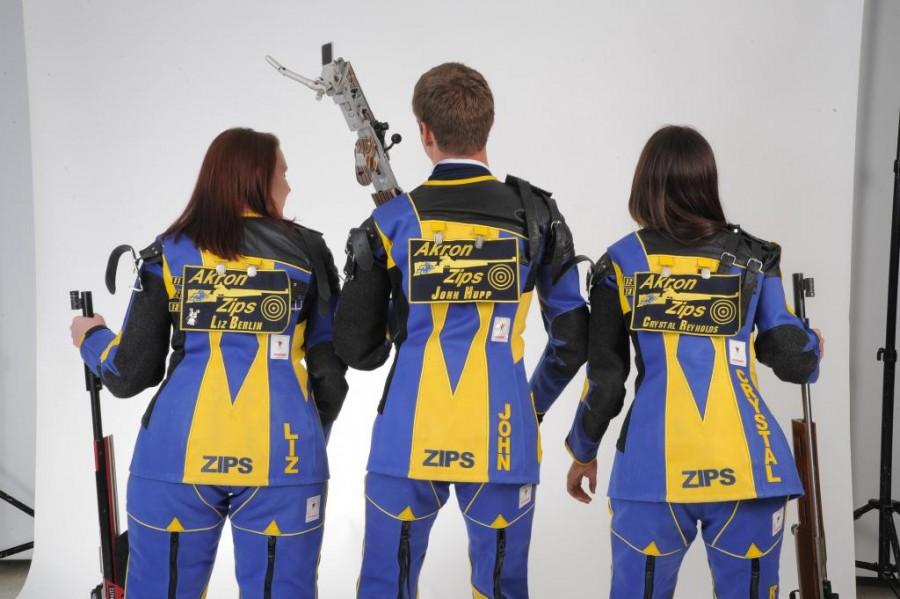 The Zips after shooting a round.

Saturday, the Zips competed against the No. 7 Cornhuskers of Nebraska. As the finial shots were fired the Zips lost ground on their aggregate score, but reaching high marks in Air Rifle as they raised the bar with a new school record of 2341 out of the possible 2400. With the final shot fired, UA came up short of Nebraska’s score of 4660 with 4627 but dominated over the Rose Hulman squad with a final score of 4357.

Junior Matt Chezem led the Zips in smallbore firing a 577 out of 600. Sophomore Zach Strohl set a new personal high mark of 576 supported by Junior Tim Hopkins 568 who rounded out the top three for the Zips.  “Definitely some good performances today in smallbore, but the team knows we left a few too many points behind today,” states Coach Newt Engle.

However, the rifle-of-the-day had to be the Air Rifle for the smoking hot Zips.  Junior Matt Chezem started strong and never looked back as he tallied an amazing 593 out of the possible 600.  Other contributors to the Akron record setting performance were, sophomore Zach Strohl (587), freshman Julia Hatch (581 and new personal best) and junior Tim Hopkins (580).  “Yes, many members of the team are doing the happy dance after air and deservedly so,” states Engle, “The team has been working really hard on this and I enjoy seeing them rewarded for the hard work.”

The Zips will have the weekend off before going on a road trip to the Palmyra Invitational where the team will go shoulder to shoulder against No.12 ranked Black Knights from the US Military Academy.  The match with Army promises to be an exciting event as the teams are pretty evenly matched.  This event will take place in Palmyra PA on Saturday, January 31st.