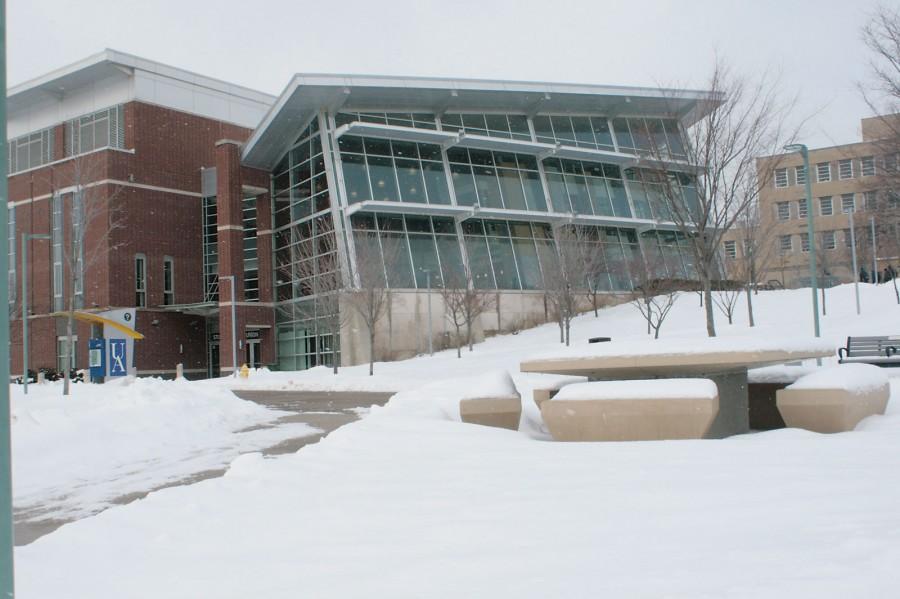 The usually busy Student Union was barren on Monday afternoon.

There was some confusion however, after UA decided to close its Lakewood and Medina campuses for the entire day Sunday evening.

“I think they should have called off last night because the weather wasn’t good enough to drive or walk in the morning,” said junior public relations major Israa Eddeb. “They should have delayed until noon and then updated the students that they will be closed for the rest of the day.”

In a release from the university explaining the decision, it was evident that new information led to the closing of the main campus.

According to the release, the small amount of snow accumulation in the Akron area led school officials to believe that it would be safe throughout the day Monday. However, when a cold front moved through the area early Monday morning, grounds crews determined that upkeep for the campus would be much more difficult than anticipated.

As conditions continued to worsen, UA made the choice to send students and faculty home before more winter weather made things worse.

The weather and subsequent closing of the main campus led to the cancellation of high-profile speaker Melissa Harris-Perry’s lecture. Harris-Perry is a writer, television host and political commentator who was set to speak as part of UA’s Rethinking Race series of events.

Rethinking Race organizers hope to reschedule the event for a later date.

Several other services were closed or suspended on-campus including Bierce Library and the Roo Express. The rec center and natatorium remained open until 8 p.m., but all programs and classes that take place in the rec center were canceled.

Commuters and residents living on campus were also required to move their vehicles to covered parking garages until Tuesday at noon. This allows plow trucks to clean surface lots without any complications.

All residents must return their vehicles to their assigned lots by Wednesday at 8 p.m.

Students can stay up to date with campus closings and emergencies by subscribing to UA’s emergency text-messaging service, Z-Alert. To receive alerts students can go to uakron.edu/safety/z-alert.dot to sign up.