‘The Vagina Monologues’ at Akron 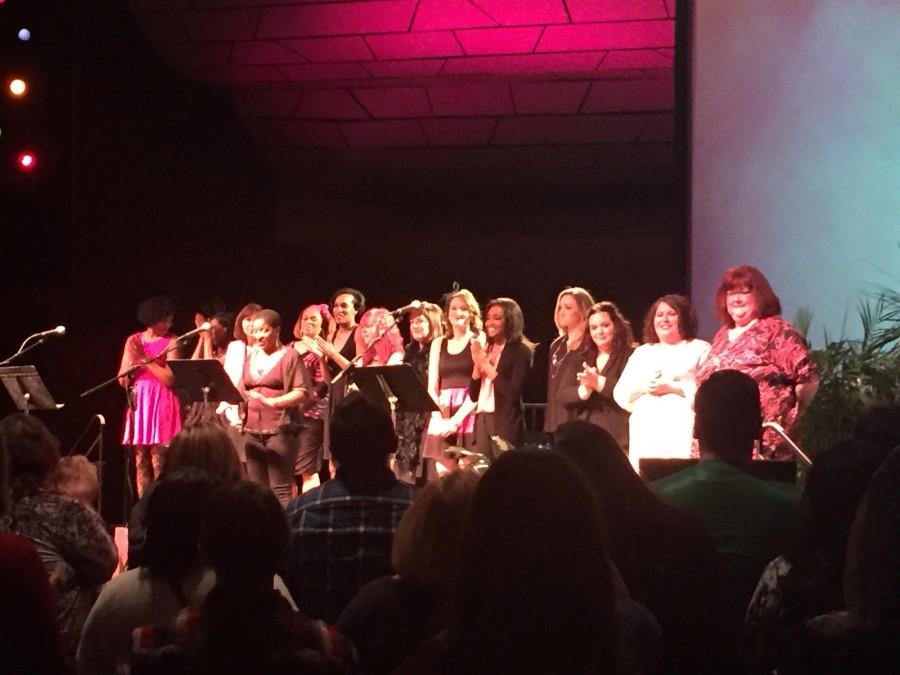 Full cast of "The Vagina Monologues" assembles on stage before bowing near end of performance at EJ Thomas Hall.

Presented by UA’s Multicultural Center and the Women’s and Gender Resource Center, E.J. Thomas Hall hosted a production of “The Vagina Monologues” on Saturday, Jan. 31.

“The Vagina Monologues” was written by Tony award-winning playwright Eve Ensler. Through this play, Ensler tries to break the mold and taboo often associated with something that not many people like to openly discuss: gender stigma.

“The Vagina Monologues” spreads awareness and resources to women through stories by real women, not just statistics. The diverse set of speakers included a 6-year-old girl, a Bosnian survivor of rape, and a woman who witnessed the birth of her grandchild.

“My short skirt is not begging for it, it does not want you to rip it off me or pull it down,” said Kathleen Farris in her performance of “My Short Skirt.”

The play’s purpose is to raise money and awareness to prevent violence against women—an issue especially prevalent on college campuses. Statistically, one in three women in the world will be raped or beaten in their lifetime while one in five college women will be sexually assaulted before they graduate.

“The Vagina Monologues” also supports Feb. 14 as V-Day—a movement created by Ensler to raise money for female victims of violence and abuse. Through this, Ensler encourages all women to stand up and tell their stories so that they can cope with pain and thrive in today’s society.