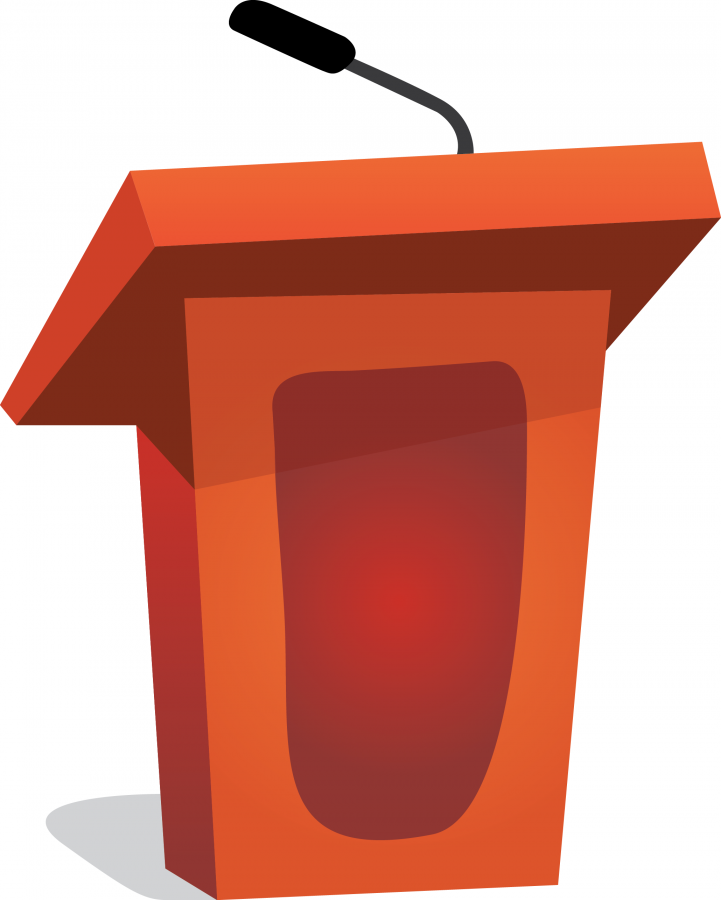 UA’s Speech and Debate (Forensics) Team may not be said to compete in a physical sport; but its lengthy season, combined with the workload and work ethic of its members, is the same as any other sport.

The team sends students to around 25 tournaments on more than 15 weekends from late September to April, along with national tournaments too.

This year’s captain is Lauren Fowkes, a senior double-majoring in interpersonal and public communication and theater. Students on the Forensics Team vary from communications majors to engineers and everything in between.

Though UA’s team is smaller than some other schools, they still place in the top three in the state each year.

“The quality and consistency in the activity we have here isn’t seen at other institutions around the state,” said Mark Rittenour, UA professor and coach of UA’s Forensics Team. “The fact that we have had 30 state champions in the past decade or so just proves the opportunities that students at Akron have.”

The team took first place this year at the 65th Annual Ruth A. Wilcox Tournament in November at Marietta College. It also placed second in three other tournaments so far this semester.

“We’re not always going to win these tournaments as a team [though]…we are looking for the students who go [to these tournaments] to place and get their qualifications to nationals where we’ll send a larger group,” Rittenour said.

“Placing” is when team members make it to the final round of their event in a tournament and subsequently qualify their speech to a national or state competition.

“We seem to be getting our highest placement every five years, so our hopes are high this year,” Rittenour said.

To qualify for the AFA national tournament, students must place in the top six of their event at three different tournaments throughout the regular season. The three placements, however, must add up to less than eight. For example, a student could place fourth, second, and then third, but still would not qualify to AFA nationals since the total of their placements was more than eight.

As an additional requirement, the tournament that a student qualifies for nationals in must have nine other institutions participating—nine other schools competing.

Since the students have to fulfill so many qualifications for nationals, the team sends only certain students to certain tournaments throughout the season. Students are also restricted to 13 different events each season.

UA’s Forensics Team will be traveling to Portland, Oregon in April to compete in the AFA national tournament.

Though AFA limits the number of events that students can participate in, the NFA national tournament does not. On Saturday and Sunday, Feb. 21 to  Feb. 22, UA will be hosting the OFA tournament in Kolbe Hall and the surrounding buildings.

“I think our biggest competition will be Bowling Green, where I actually transferred from,” said Abby Zerull, sophomore public relations and interpersonal communication major. “I think Akron has a strong team and, even if we don’t win, we’re going to make a great showing. [We’ll] get to communicate awesome ideas [through] speeches that will really influence people, and that is more important to us.”

With so much going on, the team spends quite a bit of time to prepare for upcoming events.

“I’ll spend hours—about 10 to 12—each day during weekend competitions, which is the most time consuming aspect,” Zerull said.

Not only do Rittenour and graduate assistant Andrew Golden coach the team, but volunteer coaches help as well. Alumni of the Forensics Team even started their own organization: Akron Speech Team Alumni Association. They help organize tournaments and coach the students.

“Our volunteer coaches will come in completely voluntarily, they’ll come in after their jobs for hours on end to coach our students.” Rittenour said. “Students on the speech team spend time researching, preparing, and perfecting their speaking events on a weekly basis.”

The Forensics Team holds its auditions in the fall and students are encouraged to tryout. For questions or concerns about tournaments, getting involved, or general inquiries about the team, contact Mark Rittenour at [email protected] or ext. 2459.