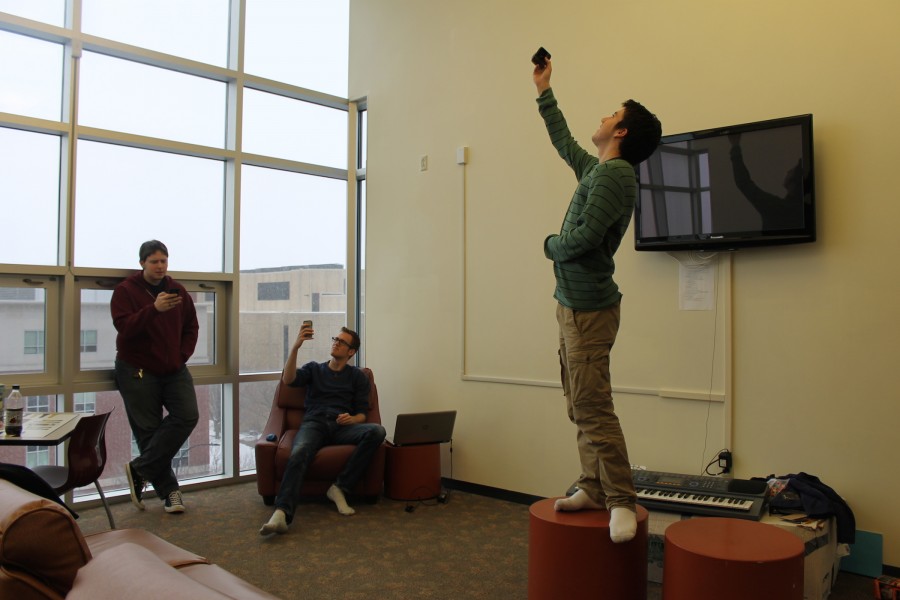 (From left to right) Jason Klinect, Logan Neidert, and Trevor Landford try to get service.

As a result of the increasing use of cellphones and a higher demand on the cellular network, UA is initiating a plan to improve the cellular service on campus.

After four years of planning, UA signed a contract with Verizon this week, allowing the company to install small antennas to improve cell phone signals all over campus.

The plan includes placing neutral host antennas both in buildings and outside gradually throughout the year, and will be completed in September. When the project is finished, Verizon customers should have enhanced service delivery wherever they are on campus.

“With everyone using a cell phones more and more, it’s good that they are doing that,” Russel said. “Classes are becoming more demanding and activities more involved, you’re really going to need to be able to call or text someone and not have to worry about your phone not working. Especially if there’s an emergency.”

“I think this is something that we really need on campus, because everyone has trouble getting a cell phone signal,” said Michael Masciantonio, a freshman biomedical engineering major. “It’s great that University is keeping up with technology and doing something to change it.”

Although UA is working with Verizon, customers of other cell phone carriers may receive improved cellular usage too. The contract also included a provision, which allows users with other cell phone networks to take advantage of Verizon’s system as well.

Though this project may improve cell service, there is something else that students may want improved. “Now they just need to fix the WIFI,” Russel said.