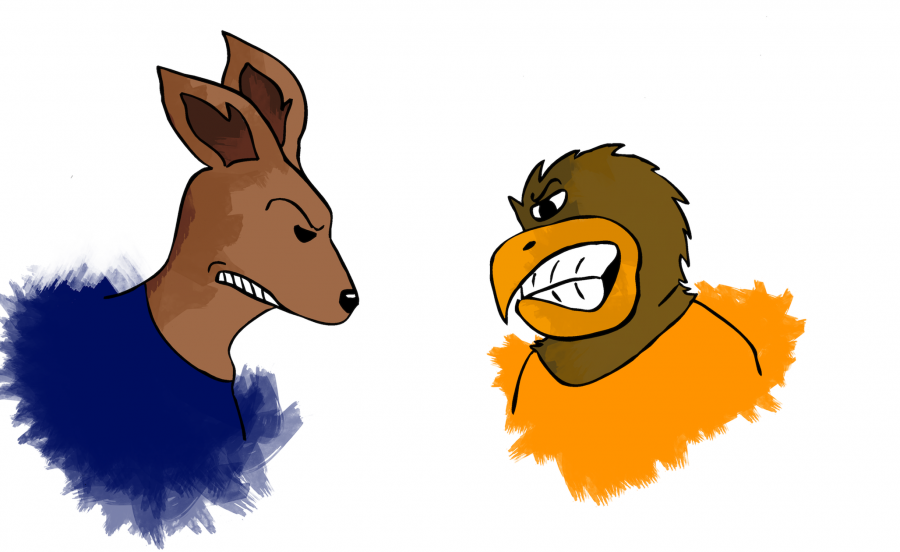 It’s rivalry week for the Zips Men’s Basketball team, as Akron hosts rival Kent State Tuesday night at James A. Rhodes Arena. Both the Zips and Flashes are tied atop the MAC with a 16-7 record and a 7-3 conference record. This is the first of two matches between these rivals and part one of two in the PNC Wagon Wheel Challenge.

While Kent State holds a 71-69 advantage overall in the series, Akron has won eight of the last 11 in the series and hold a 39-23 series advantage in Akron.

After a six game winning streak for the flashes, Kent State’s run would end with back-to-back losses to Buffalo and the 2014 MAC Champion Western Michigan Broncos. The shorthanded Flashes also struggled against Miami (OH) as they trailed by eight in the final minutes, but found a way to score the go-ahead basket and fend off the Redhawks in the final 48 seconds to secure a one point victory on Saturday.

The Zips have also had their woes as of late. After a three-game win streak, defeating the MAC Champion Broncos, Ball State, and the then MAC East Leading Falcons of Bowling Green, the Zips lost a heartbreaker in Athens, Ohio against Ohio University. The Zips rebounded Saturday evening against Buffalo to remain tied atop the MAC East with the Golden Flashes.

Senior Guard Derek Jackson is one of the most experienced players on the Flashes’ Squad this season. Jackson is an elite shooter averaging 12.2 points per game and is ranked 17th in the country in 3-pointers per game 3.09 and 3-point percentage .425. Jackson also ranks 14th in the country in assist-to-turnover ratio 3.04 and is second in the MAC in steals with 2.0 per game. Jackson will be sure to let his presence be known, both on the offensive and defensive side of the ball.

Senior Guard Deji Ibitayo has become the sixth man for this Akron Squad. Ibitayo is averaging 10 points per game and has provided the Zips that special spark needed to win on multiple occasions. Ibitayo’s energy changes the way defenders have to guard him, which draws numerous players open for the inside shot or the long range jumper.

Junior Center Pat Forsythe has been lighting up the court this season with his massively improved quickness, hook shot, and inside play. Forsythe is averaging 10.8 points per game along with 5.4 rebounds per game and 1.6 blocks per game. For Forsythe to be able to draw attention away from our shooters, he provides the Zips the strength to take on the big guys down low, score and create the open jumpers when he gets the double team drawn inside. Look for Forsythe to be a huge factor under the hoop against the Flashes.

The battle for the Wagon Wheel continues Tuesday evening at 7 p.m. at James A. Rhodes Arena. Look for this to be a high intensity game full of energy and emotion. Kent is allowing just 60.9 points per game, which ranks 58th in the nation and is holding its opponents to 40.9 percent shooting overall. Only eight teams have been able to score over 61 points against the Flashes and only nine have shot better than 40 percent from the field this season. Akron on the other hand has been unstoppable at home this season, with just one loss against Middle Tennessee. Akron is allowing just 63.4 points per game this season and holding its opponents to 41.8 percent shooting this season. Look for a very defensive game from both sides and a nail-bitter all the way to the end to decide who controls the MAC East at the end of the night.