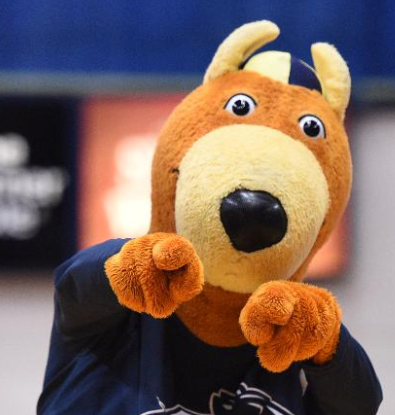 Zippy wants you at the game this Saturday, Feb. 14, when the Zips take on UT.

The Zip’s shot at 54.5% (36-66) while the Rockets shot at 50.0% (36-72). Three pointers rained for the Rockets who shot extremely well from behind the arch at 57% with 16 threes throughout the game. Akron finished the game with 37 rebounds 23 assists and six turnovers in the game. The game’s leader was Akron’s own Anita Brown who had 36 points and time rebounds, which is still a career high mark for her. Also for the Zips, Megan Barilla had 10 assists, Sina King had 29 points and Hannah Plybon had 26 points.

Look for this game to be another close and classic game in this MAC rivalry. As Akron will try to keep pace with the Bobcats of Ohio University who currently leads the MAC East in the standings and record their first sweep of the season with this win against the Rockets. With this win, Toledo will look to get above .500 in conference standings and back on a winning streak to try and make a late run in the MAC West Division.

In other news both star players, Sina King (UA) and Inma Zangouera (UT) have been named among the 30 candidates for the 2014-14 Senior Class Award in collegiate basketball. To be eligible for this award, the student athlete must be in a senior in a NCAA Division and have notable achievements in four different categories. These categories are community, classroom, character and competition. The winner will be announced during the 2015 NCAA Women’s Final Four.