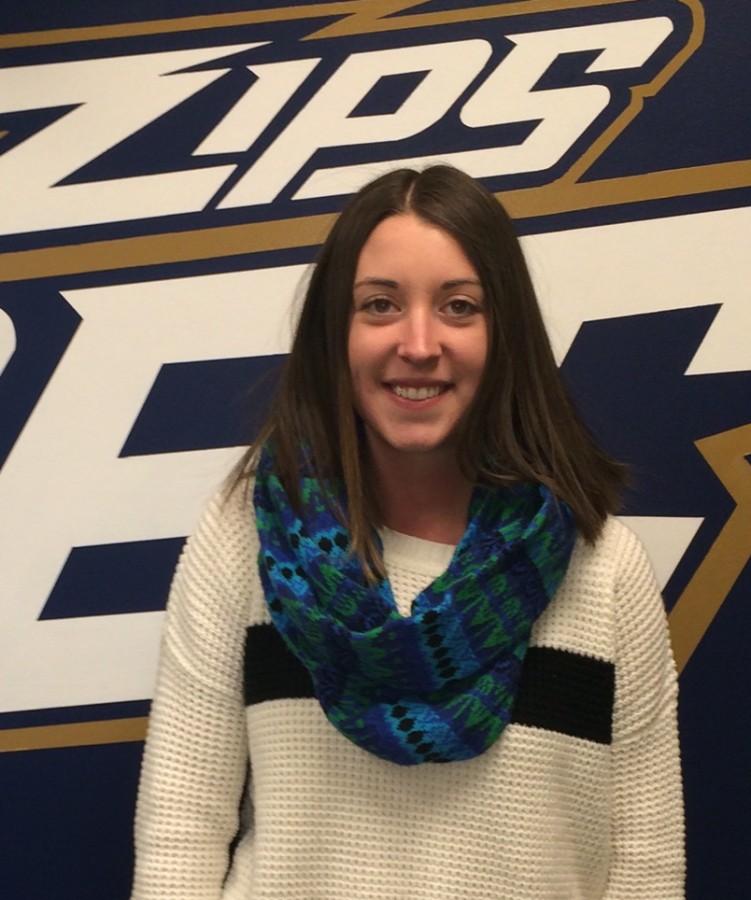 Jenna Payne poses at her office in the Student Recreation and Wellness Center.

Senior Jenna Payne, a public relations major with a minor in sports management, received the award after being nominated by one of her supervisors at the Student Recreation and Wellness Center (SRWC). Payne will be the first UA student to win this award that only around 33 students receive a year nationally.

“I think it’s been my commitment all four years. When I first came in I was dedicated to getting better as an official and then got promoted to a supervisor and just kept on taking more responsibilities. I pretty much live at the rec center,” Payne said.

Payne is also an intramural supervisor and intramural official through SRWC. Having worked there her whole undergraduate career, Payne believes this contributed to her nomination and receiving of this award.

Payne was nominated by Chelsea Phipps, the manager of intramural sports, but still had to meet other criteria in order to even be eligible. Undergraduate nominees need a minimum of a 2.75 overall GPA on a 4.0 scale, must be enrolled full-time at a college or university, and work or volunteer for a department of recreational sports.

NIRSA then picks from these nominees based on involvement within their recreation department, intramural services, and other aspects of student leadership. Payne is involved in Rec Council, a student-run organization that helps raise funds for SRWC, and is in charge of an event called The MAC Challenge.

NIRSA will announce Payne and the other winners at their annual conference starting March 30 in Grapevine, Texas. Although Payne cannot attend, NIRSA members from Akron will be bringing her the award back.