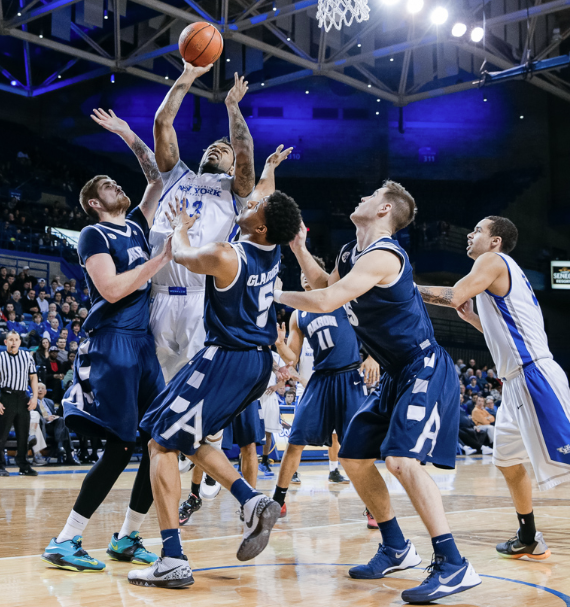 The Zips men’s basketball team will have their last home game  of the season on Friday, Feb. 27 at 8 p.m. against bitter MAC rival Ohio University. This game will also be senior night for the two seniors on the team, Deji Ibitayo and Nyles Evan, who will be honored in the James A. Rhodes Arena before tip-off.

As of Wednesday, Feb. 25 both teams are struggling in the standings with Akron being fourth after the loss in Buffalo with a record of 17-11, 9-6 in the MAC. Ohio being in last place in the MAC East with a record of 9-17, 4-11 in the MAC. Akron’s currently on a four game losing streak stretching back from an away game against Eastern Michigan in mid February. OU is currently on a five game losing streak which included teams like Central and Western Michigan, Miami (OH), and Kent State.

In their last meeting, the Bobcats won in Ohio by one point, 83-82. Ohio had impressive threes while the Zips had defensive and offensive struggles. Akron shot 46.4 percent to Ohio’s 51.9 percent and had 44 bench points, 34 boards and 17 assists throughout the game. The player of the game was Javarez Willis of Ohio, who had 31 points, five assists, and seven rebounds.

Willis is a player to watch out for as he is a threat on the offensive side with 14.4 points per game as well as shooting 41.9 percent from the field and leading the team with 75 assists . UA will also look to stop Maurice Ndour as he leads the Bobcats averaging 14.8 points per game, while also leading in stats like blocks (54), rebounds (8.3 per game),  and second in assists with 44.

Akron must get out of the four game losing streak which is the worst stretch for 11 year head coach Keith Dambroth and the first since the 2002-2003 season. Look for Ibitayo and Evan to make a big performance in their last game as well as Pat Forsythe. Rising star Antino Jackson as well as bench players like Kwan Cheatham Jr and Reggie McAdams will also be looking to put the Zips ahead.

Come support the team and honor the two senior players in their last game in the JAR as they look to defeat OU and climb back in the standings.