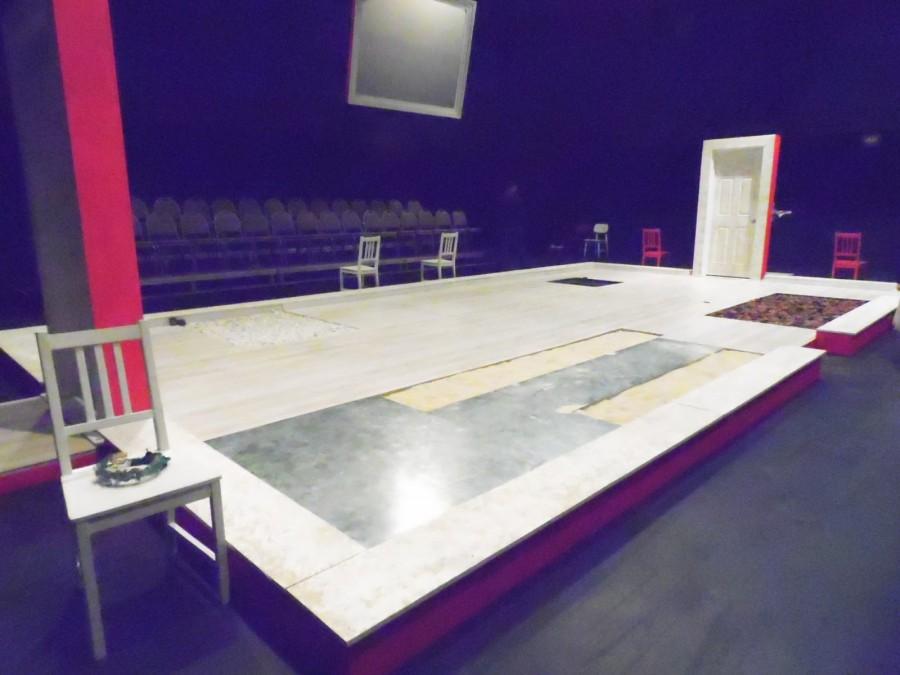 Stage design for the play Bloodwedding

“Blood Wedding’s” Spanish drama provides a theatrical experience for UA students to attend. The play premiered at the Sandefur Theater in Guzzetta Hall on Feb. 26 at 7:30 p.m.

Originally written by the Spanish playwright, Federico Garcia Lorca, and translated into English by Harlem Renaissance poet Langston Hughes, the version presented at Guzzetta Hall has been adapted by Melia Bensussen.

Directed by UA professor James Slowiak and starring Nathan Hoyle, Samantha A. Seawolf, and Travis Williams, this play is presented in seven scenes with no intermission. “Blood Wedding” will be playing at Sandefur Theater in Guzzetta Hall Thursday through Saturday, March 5-7 at 7:30 p.m.

The central plot of the play is that of the marriage between the boy (Travis Williams) and the girl (Samantha A. Seawolf), with their proposal and eventual union, uniting two families in the Spanish countryside. Emotion and ambiance take the focal point of the play.

Only a single character is named, Nathan Hoyle’s Leonardo; the rest of the cast’s roles can only be guessed at by their interactions with other characters (and probably a bit of referencing the playbook).

The production at Guzzetta Hall was on a simple stage. A plain white floor, two doors opposite and facing each other with the audience on each side of the stage.The production’s build is small and intimate. Due to the size and simplicity of the stage, the entire theater becomes part of the action. The cast acts and interacts both on and off the center stage. It may lead to sometimes having multiple characters act in every corner of the room.

The music consists of an acoustic and a bass guitar, played by Charles Leopold and Samantha Jackson. This arrangement mirrors the simplicity of the production.

Tickets are $12 general admission, $10 seniors, UA faculty, staff, and administration, and $6 for students. The play has an approximate running time of 2 hours.