LAX came up short against Spartans 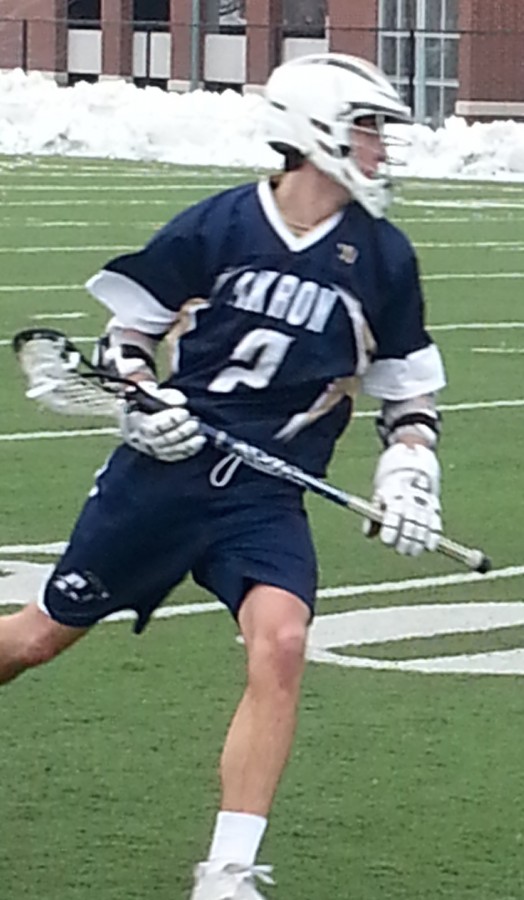 Matt Modderman taking the ball up the field to the offensive side.

Akron lacrosse came out excited and ready to play their second game of the season against the Spartans of Case Western. Unfortunately, the Zips didn’t have enough energy to go the distance and lost in the final minutes of the fourth quarter by a score of 7-5.

This game was a tale of two halves. The Zips came out communicating well and excited to capture their first win of the season, while the visiting Spartans looked mellow and seemingly tired on the field during the pregame. Once the whistle blew and the game was on, Akron would rally three scores in the first quarter thanks to Rich Kenney, Michael Arnold and Mitch Powell. Minutes before the first half was over, Case Western finally got enough offense on the field to answer back and score a goal on their own, sending the halftime score to 3-1.

After warming up and stretches and getting mentally ready for the second half, the Zips seemed prepared to take this match and get ready for rival Kent in the coming week. However, Case had no problem making it a match and made a run of their own while also taking the lead at the end of the third quarter with the score reading 4-3 for the Spartans.

Akron would raise the intensity another level but the two scores from Arnold and Jack Peel in the fourth weren’t enough and Akron fell again at home.

The Zips are now 0-2, but nothing would be sweeter than to get the first win of the season against bitter rival Kent State. They will take on the Flashes in Akron on Saturday, March 7 with the match starting at 1 p.m.