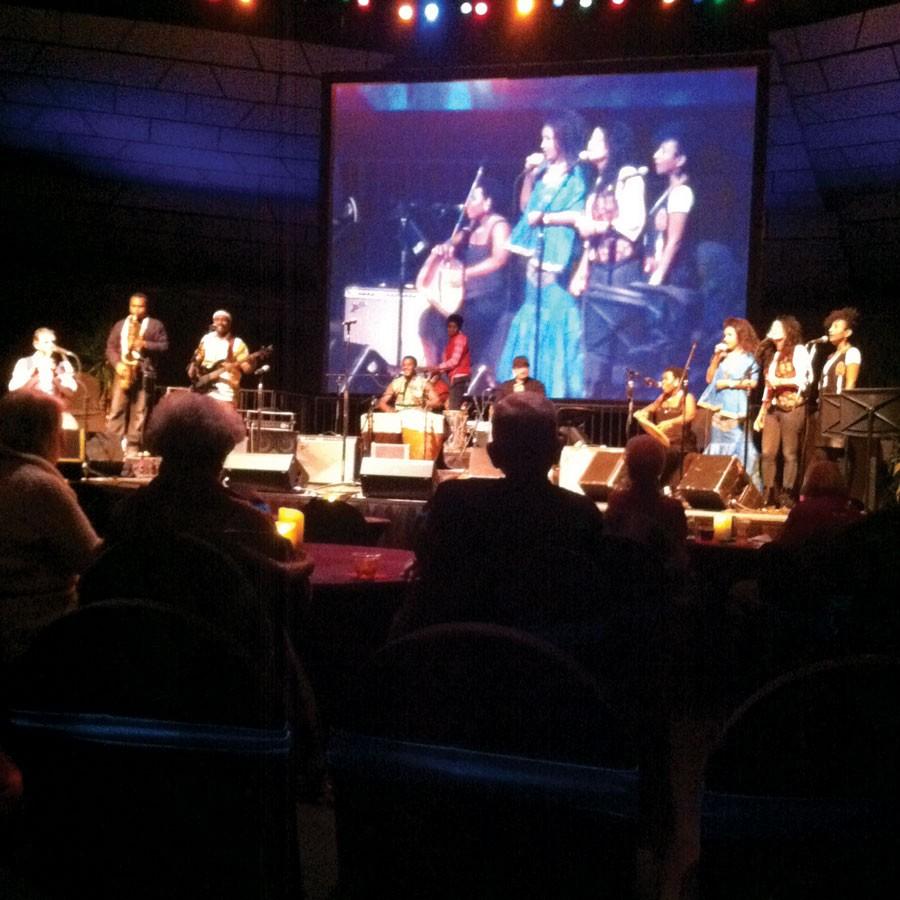 The Nile Project’s members performed at E.J. Thomas Hall on Sunday, March 1, to educate Akron through its interactive musical performance.

This traveling group demonstrates the musical, dress, language and cultural differences among the countries within the Nile River basin. It brings these differences together in songs written and composed by its members.

The group is made up of 13 musicians. It was founded three years ago by Egyptian ethnomusicologist Mina Girgis and Ethiopian-American singer Meklit Hadero.

The Nile Project brings together musicians from areas around the Nile, connecting all areas touched by the Nile River basin, according to Musical Director Miles Jay.

The performers involved the audience at E.J., demonstrating and explaining the different instruments and styles of songs and melodies.

The Nile Project’s members played songs, discussed their origins, and took questions from the audience. This interactive experience allowed the musicians to display their musical abilities while also discussing their heritage and background.

Rwandan singer Sophie Nzayisenga said she sees The Nile Project as a family; people with different backgrounds come together in this group to form one team driven to educate people of other countries of their different traditions and music.