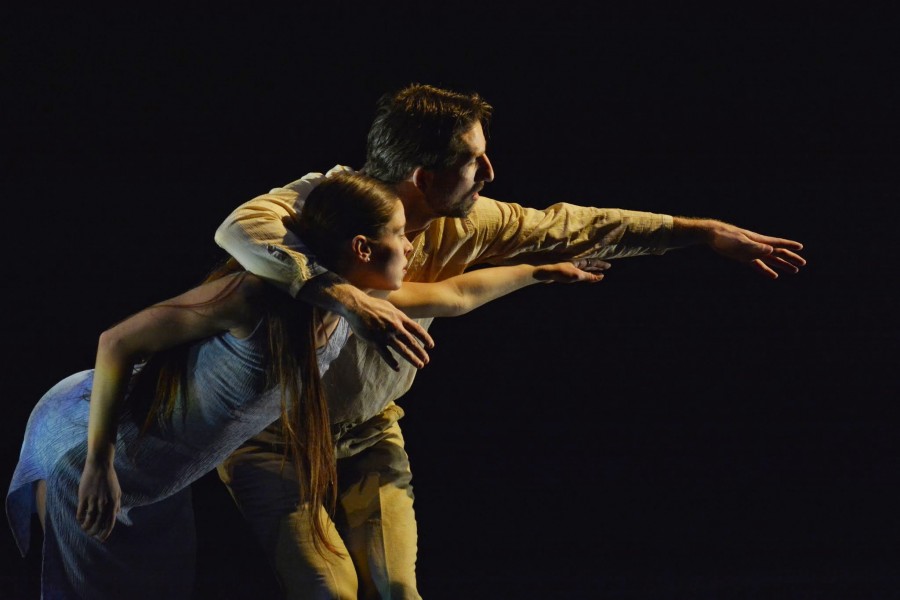 The show was presented in three distinct and separate pieces. The first, “Current Frame,” featuring Noelle Cotler and Damien Highfield with musical accompaniment by Nicholas Tavani, had first been performed in 2012 at the Heinz Poll Summer Dance Festival in Akron.

Each piece of the night presented their own unique atmosphere, starting with the baroque-inspired “Current Frame.”

The night ended on the premiere of “House of Sparrows,” a piece featuring all four dancers. The piece centered around the Civil War and was choreographed by Shimotakahara in collaboration with all featured dancers. The music was composed by Steven Snowden and it was performed by The Aeolus Quartet, comprised of Tavini, Rachel Shapiro, Greg Luce, and Alan Richardson.

This final piece, the longest and most elaborate of the night, featured props, video, elaborate and changing costumes, and it even incorporated the musicians as part of the emotionally moving piece.