Towpath will extend to campus 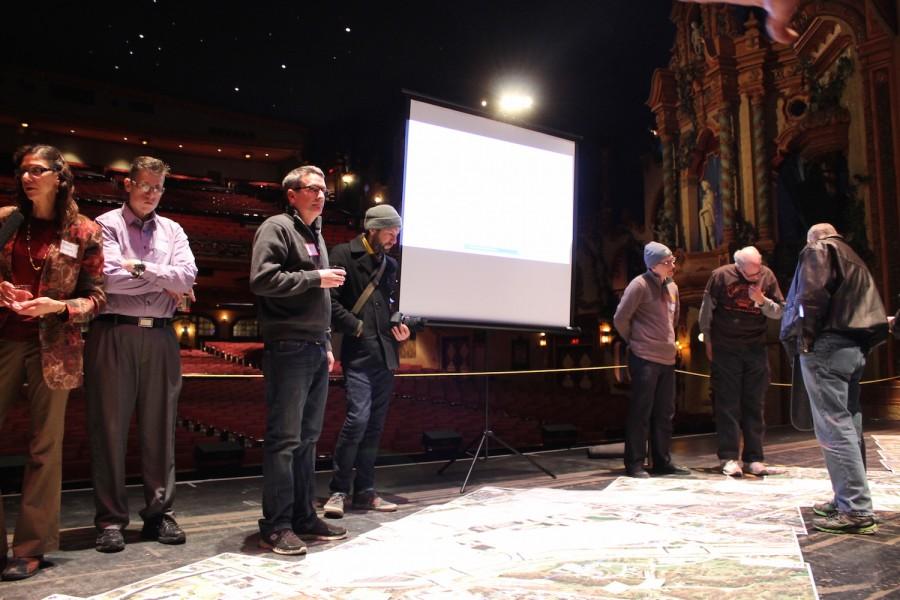 Akron residents gathered at Akron Civic Theater to give their input on the iTowpath project on Thursday, March 5.

Amidst the streets of downtown Akron lies a part of the Ohio & Erie Canal Towpath Trail, one of Ohio’s longest and most scenic bikeways used by over 2.5 million people. 41 miles of the trail are in Summit County, but the whole trail runs from Lake Erie in Cleveland to Waterworks Park in New Philadelphia.

The Ohio & Erie Canalway Coalition is working on a plan called “iTowpath” to improve the Towpath Trail with additional connections to surrounding neighborhoods and Akron attractions, including The University of Akron.

The John S. and James L. Knight Foundation awarded the Ohio & Erie Canalway Coalition a grant of $249,900 to use for this effort.

The motivation for this project came from the trouble in navigating through downtown Akron on the trail and locating its path.

Between March 3 and March 5, Ohio & Erie Canalway Coalition, Alta Planning + Design, the Knight Foundation, community leaders, and transportation professionals have gathered public input. The organizations involved in this project want to incorporate the community’s opinions and ideas for improvements.

The Ohio & Erie Canalway Coalition has gathered together over twenty partners to contribute to the completion of iTowpath. Important stakeholders involved in this enterprise include the City of Akron, Summit Metro Parks, Summit County Government, Downtown Akron Partnership, and many more community organizations and residents.

The goals of this project include making the Towpath more accessible to various Akron destinations and easier to navigate—improving safety, enhancing visual appeal, boosting health and wellness, and stimulating community and economic growth. Enhancements both along and around the trail involve traffic calming, pedestrian improvements, trail signs, street lighting, and connecting bikeways.

The iTowpath project also includes expanding the trail to reach as far north as Mustill Store and as far south as Summit Lake. Finally, the project hopes to connect to such neighborhoods and businesses as North Hill, Highland Square, Kenmore, Summit Lake, and The University of Akron.

The project will start in 2015 and continue for 16 to 18 months; however, this time frame is constantly changing. In the next six months, the company hopes to attract visitors by adding landscaping, signage, railings, sculptures, and murals to the trail.

Future projects include expanding the trail and establishing new routes.

The Ohio & Erie Canalway Coalition views UA as an important linkage along the trail and hopes to promote its presence more to students.  In addition, by developing downtown they intend to create job opportunities for Akron students.

“What’s so amazing is that the Towpath is a resource that has been here for over 180 years, and if we’re doing it right, it will be here for another 180 years,” said Dan Rice, CEO and president of Ohio & Erie Canalway Coalition. “It’s very humbling to know that we have an opportunity to work on a project that will have an impact on people for generations to come.”

The iTowpath plan includes connections to UA on Mill Street and Exchange Street. The Ohio & Erie Canalway Coalition is basing these additions off the plans to improve Main Street. After completion, the trail will run from Main Street to Bowery Street and Mill Street, which leads into campus. The company is proposing plans to extend the trail from Broadway Street to Exchange Street, possibly as far as the stadium; however, a traffic study must be conducted before this strategy can be implemented.