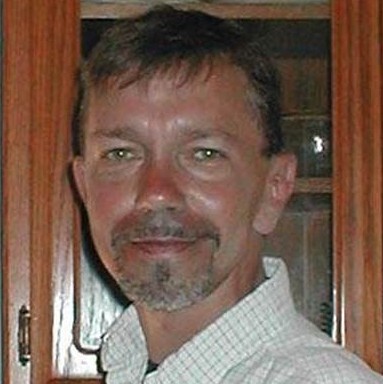 Fifty-five years-old, Jacoway’s cause of death is undetermined at this time. A brother and a sister survive Jacoway.

“He was an inspiration to people who had a desire to do something they were really passionate about. That’s what struck me most, was his love for documentary as a medium, and how he really pursued that,” senior Matthew Harp said.

Students currently enrolled in Jacoway’s classes have been notified via email about assignments and due dates.

“Paul was a talented and creative person who taught specialized courses,” said Therese Lueck, school of communications interim director. “It’ll take the expertise of several different people to fill in for him as instructors. Of course, no one can replace him.”

A graduate of Kent State University, Jacoway stayed close to home by continuing his higher education at UA where he received a M.A. in Communication.

While finishing his graduate degree, Jacoway took his knowledge to UA’s classrooms by teaching some classes that include Mass Communications, Promotional Publications, and Media Production.

In 2010, he produced “Final Edition: Journalism According to Jack and Jim Knight,” an Emmy Award Winning documentary with the help of UA’s Distinguished Professor in the Communications Department, Kathleen Endres.

Jacoway produced, directed, and wrote the documentary that tells the story of the Knight family who started the Akron Beacon Journal.

“He was very creative – and smart – and funny. He truly was a nice guy,” Endres said.

Jacoway had a passion for documentary making from—filming to research and editing, and also won numerous Multiple Telly Awards, and Honorable Mention in the Berkley Film Festivals.

A passion for passing on his knowledge to a younger generation also showed, especially to one student: “He didn’t sugar coat anything and he was very outspoken, but it was only for the best,” sophomore Chaunice Hendking said.

The Jacoway family invites UA students to pay their respects. Calling hours are Monday, March 16 from 5 p.m. to 7 p.m. at Newcomer Funeral Home, at 131 North Canton Rd. Akron. A memorial service will be held right after the calling hours at 7 p.m.