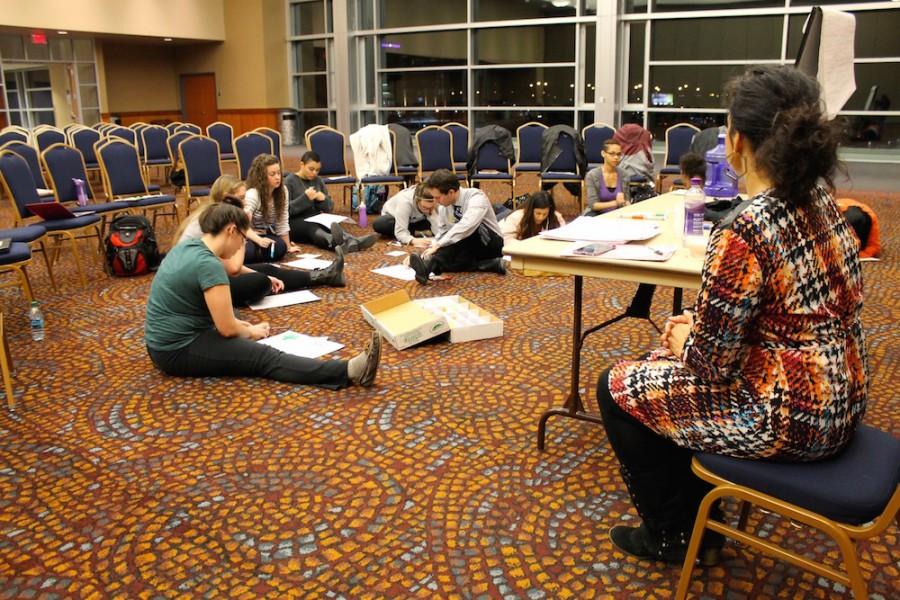 Mitzi Sinnott is an award-winning actress and arts educator who has traveled all over the world—including South Africa and Europe—to perform her solo show: “Snapshot: a true story of love interrupted by invasion.”

Sinnott shared some of the events and prejudices she faced growing up as a mixed daughter of a single mother while her unknown father was away in Vietnam fighting in World War II.

Sinnott said she was raised well by her mother and never really thought about finding her father until she was 26 years old—when her therapist asked about her father.

Sinnott knew her father was somewhere in Hawaii, so she traveled their alone to find him—twice—with no knowledge of what her dad looked like or where he might be. The only clue Sinnott had was a scrapbook of photos from her mother, which had pictures of her father.

She asked UA students to think about the dreams they have for themselves in college and how they would do anything to achieve their dreams; this is how Sinnott felt about finding her father.

“I didn’t care how much money it took, I didn’t care about going to Hawaii by myself and staying in hostels with doors that didn’t lock.  That’s how much I wanted my dad,”  Sinnott said.  “My life had been derailed by the system that keeps my family from being a harmonious whole.”

Sinnott expands on her solo play by leading student workshops where attendees explore themselves—their truths, their identity, their fears, their past, their futures, and more—by having personal discussions and group exercises.

Other student activities included standing in a partner’s default posture to show how posture can affect mood and self-image, and drawing four self-defining moments that shaped students’ lives.

In the end, Sinnott showed that we are more similar than we are different.  She wanted students to see that—although the past has already been written—we all have the ability to make the future what we want it to be.