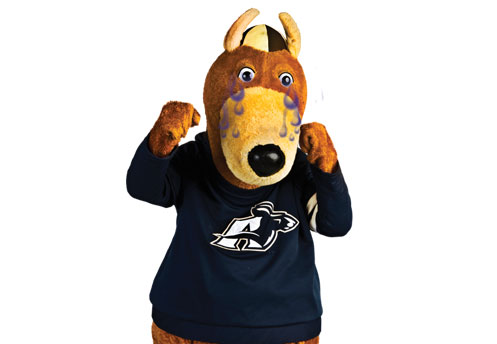 The University of Akron might undergo a name change.

This idea was one of many discussed as part of UA’s ongoing strategic planning process.

According to a statement released by President Scarborough, a new name for The University of Akron would “reflect its unique strengths in polytechnical and professional fields, along with career-focused applied learning.”

Discussions of a possible name change began on Feb. 28 in a zipsnation.org forum titled “Thoughts on UA Rename.” The site is dedicated to open conversations about UA sports teams.

In this forum, user “AirRage” posted: “I wonder what Zips Nation thinks about the new President’s idea to re-name The University of Akron.”

Students responded to the forum with their thoughts and new name suggestions.

“Thoughts on renaming UA? 1. Must be a joke. 2. One of the most asinine things I’ve read in ages,” ZippyforPresident posted.

ZackTheZip said, “Rename it to what, exactly? It’s bad enough that half the region still thinks we’re called Akron U from the Rubber Factory days.”

“If they changed the name to Akron University way too many people in and around the city wouldn’t even notice,” GJGood posted.

Others liked the idea of a name change.

“I think this is a great idea,” tboned posted. “The new name is obvious to me. ‘Buchtel University.’”

Sophomore Christina Petrillo was confused about the possibility.

“I just don’t know what they would change it to. I think it’s kind of pointless,” said Petrillo.

However, Scarborough’s statement did not reveal any alternatives.