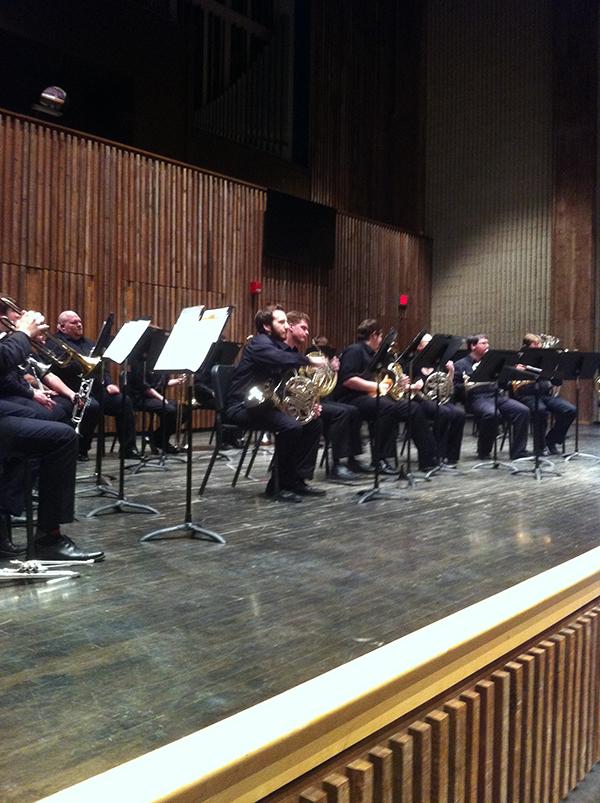 The University of Akron Brass Choir performed their concert for this semester on Tuesday, March 10 at the Guzzetta Recital Hall.

The Brass Choir is a group of advanced brass players. They play trumpets, trombones, French horns, euphoniums, and tubas. All of which are led by Dr. Christopher Blaha, who joined university staff in 2014, as Assistant Professor of Tuba and Euphonium.

The performance was a display of musicianship as the ensemble navigated the tricky material. Edvard Grieg’s “Funeral March” was written in honor of Grieg’s friend Rikard Nordraak, a Norwegian composer. Grieg valued the work so greatly that he had the song played at his own funeral.

“Three Brass Cats” was inspired by different cat personalities. Chris Hazell was part of the Philip Jones Brass Ensemble. They played classical pieces as well as jazz. The three parts of the song are named after cats, “Mr. Jums,” “Black Sam,” and “Borage.”

The final two songs were written by the esteemed Dmitri Shostakovich as piano compositions and later transcribed to pieces for brass groups. The song “Concertino, op. 94” was written by Shostakovich for his son, Maxim. The song was originally meant for the four handed piano, or to be played on two pianos.