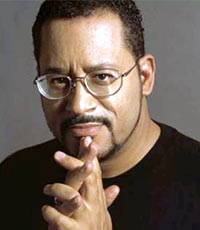 The eighth annual Black Male Summit will be returning Friday, April 10 and Saturday, April 11 to The University of Akron’s campus.

The Black Male Summit was started in 2008 and brings together national leaders, educators, policy makers, civic organizations, and myriad other disciplines to address the educational and social disparity among the black male population.

During the Summit, “Breakout Concurrent Sessions” feature a wide variety of events that attendees can choose from. There are six of these sessions throughout the two-day summit.

The Black Male Summit will also accept donations for a newly created scholarship: the BMS Legacy Award Scholarship Fund. This scholarship will be awarded to black high school seniors from Summit and Stark counties who have a 2.5 GPA or higher.

The Black Male Summit will be held at many different areas on or near UA’s campus, including the Union, the John S. Knight Center, E.J. Thomas Hall, and the Akron-Summit County Public Library.

On April 10 at 8:30 a.m. there will be a showing of the movie “Finding The Gold Within” by Karina Epperlein. The movie follows six black men from Akron, Ohio and the struggles of their first few years of college.

To register for the Black Male Summit, those interested can visit <uakron.edu/ie/bms2015>.