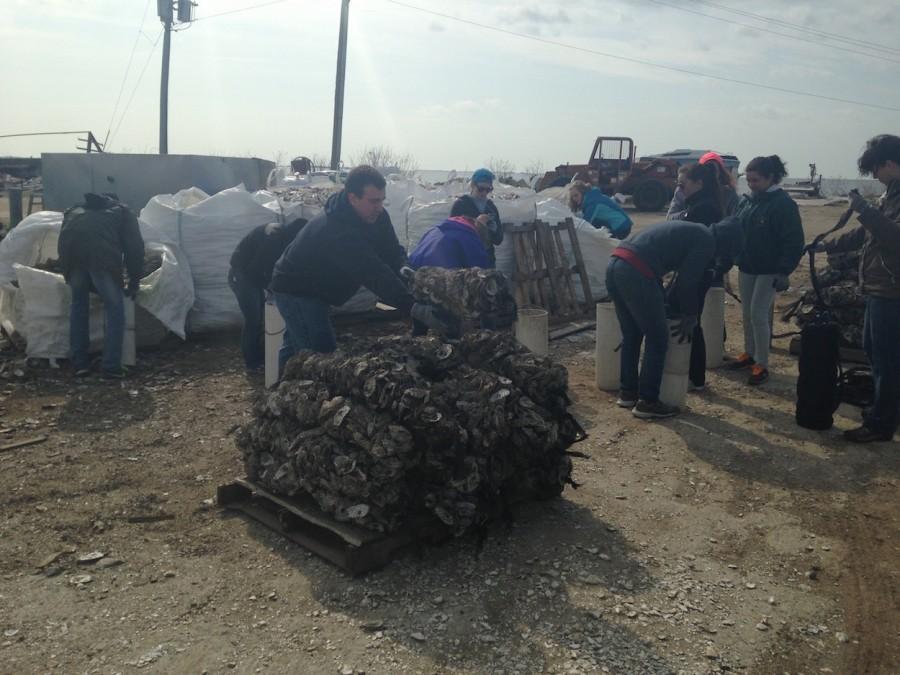 Some UA students used spring break as time away from school to volunteer with The University of Akron’s Alternative Spring Break.

Those who stayed in Georgia worked at Camp Twin Lakes, a location that provides camping experiences for children with disabilities and illnesses. Volunteers from UA’s Greek life completed various projects that helped organize the camp and staff before their season started, including painting and building a fence and repairing other parts of the area.

“Camp Twin Lakes offers children with disabilities and severe illness a chance to have a normal camp experience by utilizing special adaptive equipment,” said Phi Delta Theta member Garrett Scherba on a Facebook post after the trip. “Our efforts saved the camp $24,030 by not paying staff to complete these projects. Therefore, a total of 30 children can attend camp at the expense of the camp because we saved them this money.”

“It was amazing to see what we were able to accomplish in such a short amount of time,” said Jessica Gonda of Alphi Phi.

In North Carolina, volunteers worked with the North Carolina Coastal Federation, focusing on bettering the environment of the Manteo area.

UA students visited a local high school and built a rain garden. They also collected recycled oyster shells to create a reef; oysters act as a filtration device for oceans.

“One cool thing about working with The North Carolina Coastal Federation was that we actually got to see our projects put to use,” said volunteer Vince Consiglio, who worked on bagging recycled oyster shells from a local restaurant and fishermen. “After the bags are filled they are deposited along the ocean floor to serve as surface for stray oysters to attach themselves to, and eventually grow and clean our oceans.”

The team continued their efforts to better the North Carolina environment by making birdhouses for a celebration of Earth Day in the Outer Banks and building rain barrels for a pier in Nagshead.

The team stationed in South Carolina worked on one of Habitat for Humanity’s homes, building walls and flooring for a utility shed, and working on the home’s windows. Volunteers celebrated with the new homeowner by presenting the set of keys.

UA’s Alternative Spring Break trips have occurred every year since 2006.