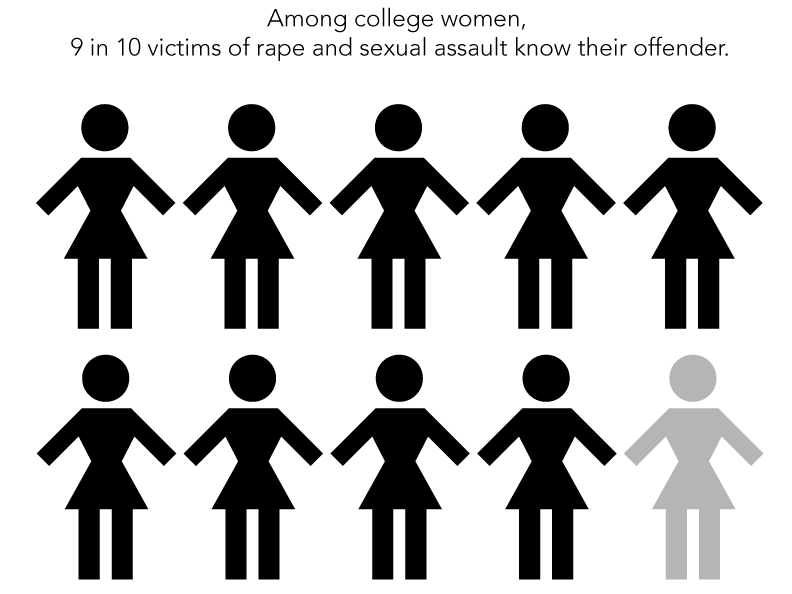 April is sexual assault awareness month, and The University of Akron is taking action to educate and prevent threats to the campus community.

It is estimated that 20 to 25 percent of women in higher educational institutions will become a victim of completed or attempted rape over the course of a college career, according to the National Sexual Violence Resource Center. It is also estimated that there are 35 incidents of rape for every 1,000 women attending a college or university each academic year.

There are various activities on campus that students can participate in during the month of April to raise awareness of sexual assault.

Headline events include “Day of Action,” where students can pledge to take a stand against sexual assault, on Tuesday, April 7 from 11 a.m. to 2 p.m. in the Student Union Piano Lounge.

On Wednesday, April 8, students can learn some common misconceptions about rape and sexual assault at “She was Asking for it” in Simmons Hall Room 306 from 12 p.m. to 1 p.m.

“Walk a Mile in her Shoes” invites people to walk to raise awareness about rape, sexual assault and gender-based violence. It also raises money for the Rape Crisis Center of Medina and Summit Counties. The event is at Akron Lock 3 and gates open at 5 p.m. The walk starts at 6:30 p.m.

“It is incredibly important we all learn what each and every one of us can do to stop sexual assault and be supportive of survivors of assault,” said Michael Strong, who is part of the Sexual Assault Resource Team (SART) at The University of Akron.

According to Strong, Becky Hoover convened SART in May of 2014 and asked that it identify what the university was currently doing, what it is required to do to prevent sexual assault, and to make recommendations to implement programs and services to support the community.

A full list of events can be found at http://www.uakron.edu/sexual-respect/.