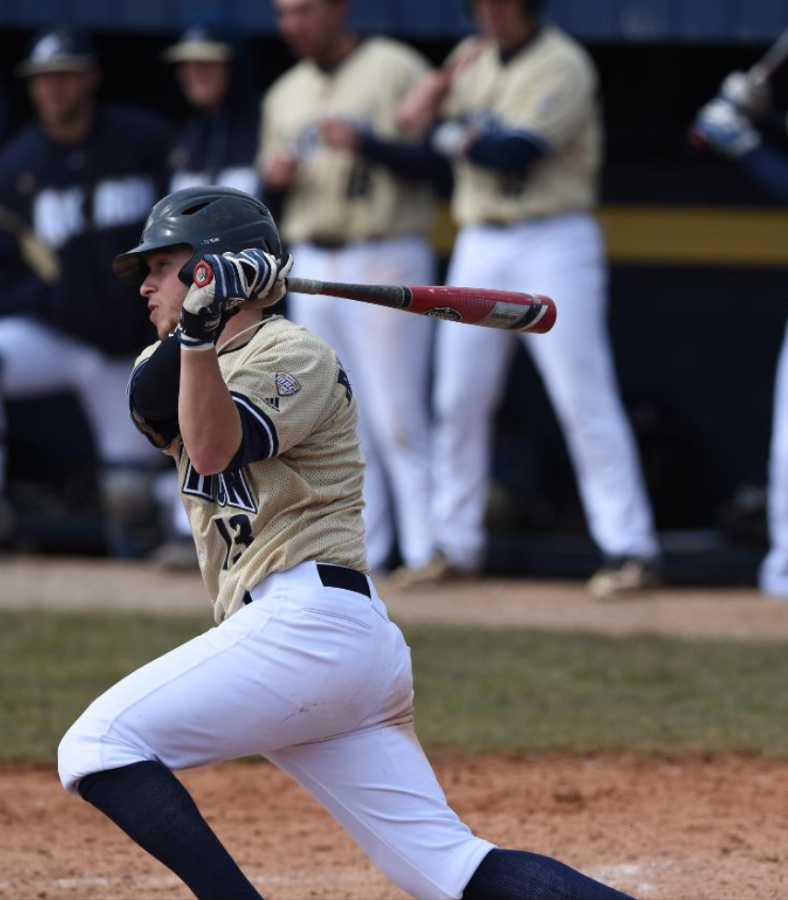 Matt Rembielak preparing to run after hitting the ball.

After a three game weekend series versus Ball State (21-10), the Zips fell short, only winning one of the three games.

On Saturday, in a 4-1 loss, Akron’s only run came in the eighth off of a Ball State wild pitch which scored Brian Lees in. Despite John Valek only giving up one run and six hits through the first seven innings, the Cardinals of Ball State went on a scoring feast in the eighth as they scored three untimely runs to seal the deal in their favor for the first game. Akron finished the game with seven hits to Ball State’s eight with both teams having one error.

In the second game, Akron came out strong with eighteen hits, a season high thirteen runs, and another win for pitcher JT Brubaker as he pitched seven innings and had six strikeouts while allowing six hits and three runs to the Cardinals offense. In the first, the Zips took advantage of a bases loaded walk and error to go ahead with an early 3-0 advantage. Then in the fourth and fifth inning the Zips collected four runs each, moving the score to 11-3. Offensively, Alex Dirienzo and Joey Havrilak each went 3-4 with two RBI’s and three runs scored. In addition, Billy Salem added three hits and scored one along with Mason Mamarella who added two more runs on his five at base.

In the series finale, the Cardinals came out swinging and posted three runs in the bottom of the first. UA, however, didn’t score until the third inning and then again in the fourth with a RBI from Brian Lees and a sacrifice fly from Billy Salem to tie the game up at three. The Cardinals added three runs in the seventh and one in the eighth which gave them 7-4 win and Akron their first MAC series loss of the season. For the game UA outhit the home team Cardinals 11-6 but were unable to finish the run. Jon Pusateri pitched a solid game with six strikeouts, four hits and five runs.

For the season, the Zips fall to 13-16 and will resume play at home on Tuesday, April 7 at 3 p.m. as they take on the Pittsburgh Panthers. The home stand will continue for the Zips through the weekend as Akron plays Northern Iowa on Friday at 3 p.m. and at 1:00 p.m. on Saturday and Sunday.