Softball’s fight for the Wagon Wheel 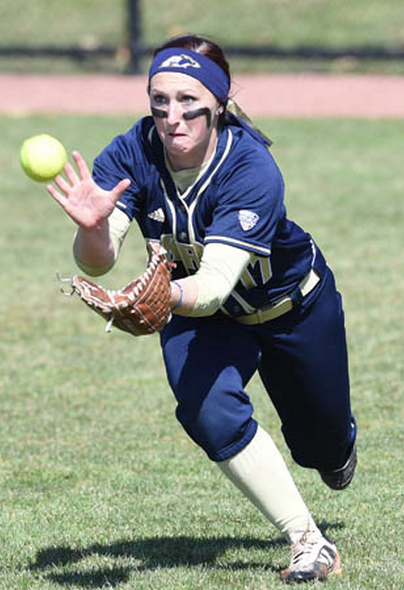 Sara Pearson in position to catch the ball.

The Zips softball team’s match-up Wednesday, April 1 against Niagara cancelled due to weather, Akron prepares to travel to long-time rival Kent for a double header.

The all-time series between these two universities swings on the behalf of the Flashes with an overall record of 60-41-1 against the Zips. Last year, UA was swept by the Flashes and will look to avenge those losses and climb into contention before the MAC championships. Currently, the Zips are in fifth place in the MAC East Division while Kent stands in the second place behind Miami by one game.

On the mound for Kent (23-7), expect Emma Johnson, a MAC pitcher of the Week for the week of April 6, who has a record of 12-3 as she allows 24 runs on 58 hits as well as 40 walks. Johnson also has 174 strikeouts for the season, 28 of which came from her performances in Kent’s last week’s matches.

The first game of the doubleheader starts Saturday, April 10 at 1 p.m. with the second game starting shortly after 3 p.m.

This series is also a part of the Wagon Wheel Challenge, where Akron currently has the lead 5-4 with the winner in each game earning .5 points to their university’s total. The winner of the challenge is the first athletic program to get to eight points.