Students get sneak peak into what real world offers 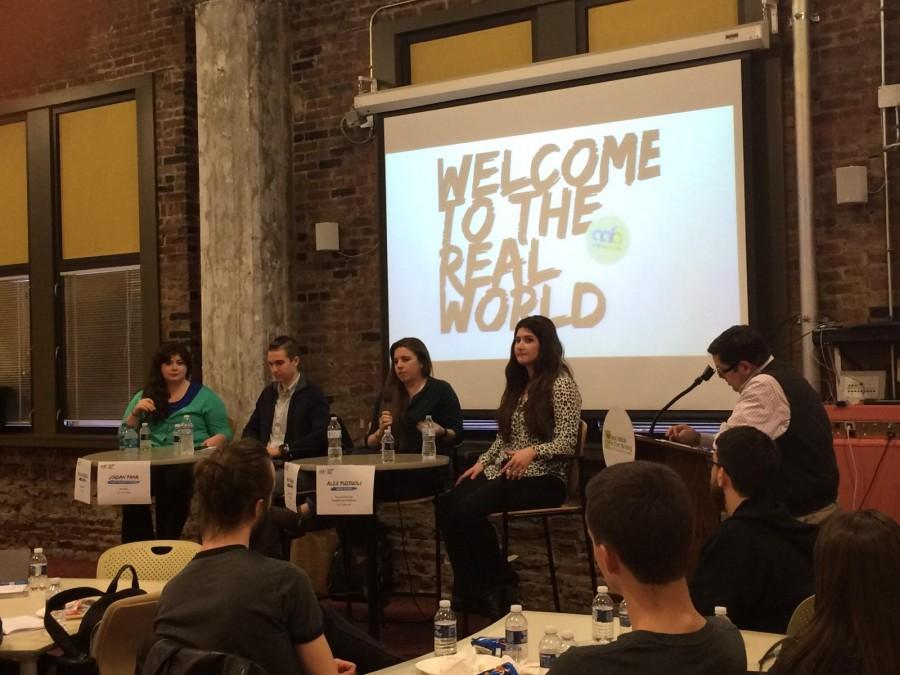 With graduation approaching soon for many UA students, the question of what to do after college has been becoming more apparent.

The Akron chapter of the American Advertising Federation hosted an event on April 9 in Polsky Room 567 called “Welcome to the Real World.”

This hour and a half event consisted of a moderator asking the recent graduates a series of questions and each had a chance to answer the question from their perspective.

Some of the various questions posed were: “What were they not expecting?”, “What was the biggest adjustment working at a professional job?”, and “What is a typical day like?”

Pana said, “To pursue the things that intimidate you.” Penrod said, “When it comes to your work, don’t be afraid to kill it and step away from it. Don’t take it offensively, branch out and reach outside of your comfort zone. Know when to move past original ideas you get stuck in.”

Scott Kessler, the AAF-Akron president and creative director of Zeto Creative said, “The purpose was to give students who were about to graduate a peer to talk to about the process, the transition. They could talk to someone that just went through it recently, it was a peer group thing.”

Students were encouraged to ask anything they wanted about the professional world.

David Pashovich, a junior in graphic design, said, “It was really cool to hear from them because they just got out of college.”

In regard to what Pashovich found the most useful in this event, he said, “One of the things was hearing that you’re going to be going from all this work in school to doing it as a team. When you get out of school, it’s just you for yourself when you’re in school, but its cool to see to that you get to work with account managers and stuff. You get to have this team around you and build the best thing that could come out of a project.”

This event showed that students can get good jobs in their field after college.

The AAF-Akron is an organization that focuses on the marketing communications community that associates with advertising, media, public relations, and marketing.

For more information or to see upcoming events from the AAF-Akron, visit aafakron.com.