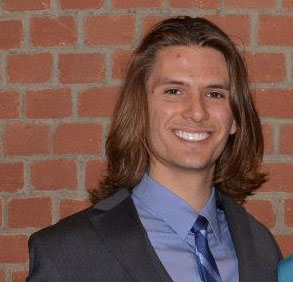 UA’s Kevin J. Karas has been named a 2015 Newman Civic Fellow by the Campus Compact, a “coalition of college and university presidents, committed to fulfilling the public purposes of higher education” according to their website.

Karas intends to graduate with a degree in Human Motivations, a minor in Conflict Management and a certificate in Leadership Advancement. He has distinguished himself through involvement with benevolent organizations and activities like Alternative Spring Break, Make a Difference Day and World Change Coalition.

“There’s a lot of emotion and excitement. It’s great to be recognized by President Scarborough and to see how the university administration cares about the students,” Karas said. “The award is intended to identify community and student leaders who are going to be the next generation of leaders in America. It’s really exciting and humbling to be a part of that.”

Karas is one of 201 students around the country to be granted a 2015 Newman Civic Fellowship.

Frank Newman, for whom the award is named, worked to increase the availability of a college education for students from less fortunate backgrounds. A veteran of World War II, leader of a higher education task force and president of the University of Rhode Island, Newman understood the value of education and community service. He promoted education as not only an academic pursuit, but also one of greater importance.

Newman is quoted as saying, “The most important thing an institution does is not to prepare a student for a career, but for a life as a citizen.”

Newman co-founded Campus Compact, the organization that bestows the Newman Civic Fellow Award, with the presidents of various universities. Since its formation it has grown to represent more than 1100 institutions of higher learning. On the their website, they state their purpose “to foster students’ involvement in public service and as democratic change-agents.” They search for students who most exemplify this mission statement. Campus Compact advances the public purpose of colleges and universities by deepening their ability to improve community life and to educate students for civic and social responsibility.

“I stand on the shoulders of my many mentors at UA and I owe my success to collaborations with other student leaders to attain the level of success I’ve had,” Karas said. “They’re looking for someone who is committed and putting their heart into their community.”