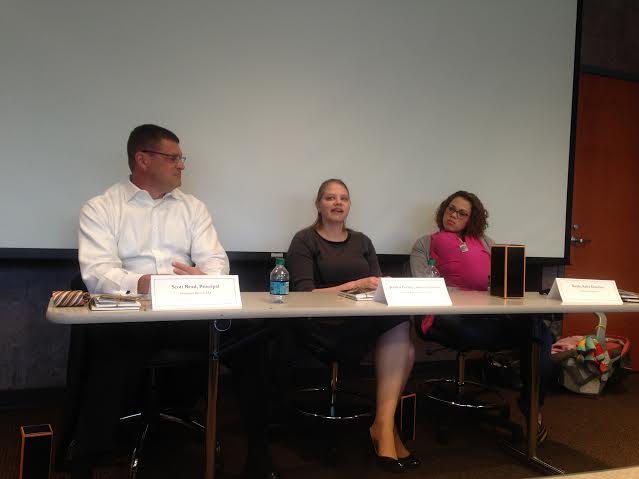 A panel on Careers in History met in the Union on April 22 and featured several UA alumni who spoke about the benefits of declaring history as a major.

The panel discussion was presented in partnership with the UA Career Center as well as the history department. The event was attended by both underclassmen and upperclassmen, and included students who are declared history majors, and others who are still trying to find their academic niche.

Each speaker discussed their own academic and personal journeys that lead them to the career fields they are in today.

Scott Read, a UA alumni who graduated in 1991 with a degree in history, went on to Case Western Reserve University for law school. He is now the founder and managing principal of Accelerant Growth, a company that helps other businesses improve their practices.

Read said he has always had a passion for history. He stated that he would recommend the class called Nazi Germany to new and upcoming history majors, as it had a strong effect on him as a student.

Read originally wanted to be a history professor, but after college he worked at an accounting firm and decided to start a business. He urged students to really discover their passion, and advised attendees to “use your electives and get out into other areas” to find that passion. Read also emphasized the importance of building a strong network to help with job searching and career development.

The second speaker, Jessica Forrest, a 2007 graduate, received a degree in political science and minored in history. She went on to UA’s law school and is now a practicing attorney with Ciccolini and Associates, Co., L.P.A.

Forrest, who had originally been a physics and applied mathematics major, changed to political science and history because she wanted to make a difference in the world and knew that she would need to go to law school in order to make that impact.

When commenting about her degree choice, Forrest said, “It gave me a really good foundation for law school,” and said that it’s a very versatile degree. One of Forrest’s favorite classes as an undergrad was a class she took on U.S. Supreme Court decisions, which she said helped her immensely when she was pursuing her law degree.

The third speaker was Kayla Hall, a 2011 graduate who received her degree in history. She is currently a Mary Kay Sales Director and mother of three.

Hall was originally an education major, but later changed to history and wanted to become a history professor. Ultimately, she would like to travel the world and sit in history classes in other countries to see how other countries teach it, as well as see the different perspective other countries may have on certain historical events.

Hall said that her history degree helps her in her current career, and “it really teaches you to think for yourself.” She advised students that having a well-rounded education in the history department will help them in the long run, rather than just focusing on one type of history or time period.

The panel discussion also debunked some of the misconceptions about having a history degree including how history majors cannot find jobs after graduation, or cannot find a way to utilize their education.

The alumni that spoke gave a representation of how far a history degree or minor can take someone, and how it creates a marketable job candidate as well as fine tune their critical thinking and writing skills.

The University of Akron currently offers a B.A. in history, history as a second major, a history minor, and a combined B.A./M.A. degree.