Men in heels walk a mile 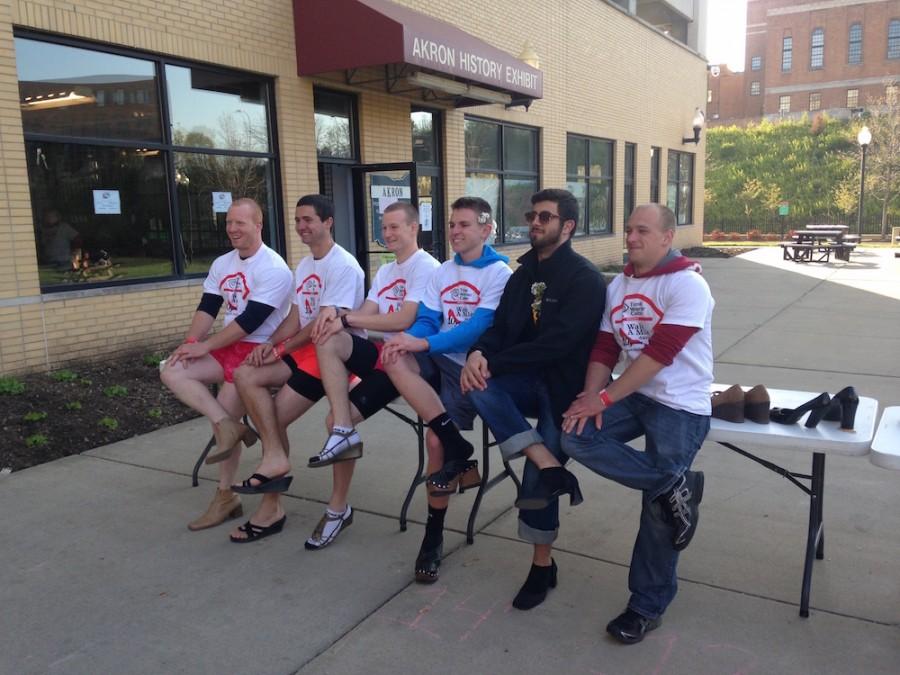 Men strapped on stilettos and walked for a mile alongside women to raise awareness for victims of sexual assault.

Last Friday, April 24, the Rape Crisis Center hosted the 10th annual “Walk a Mile in Her Shoes” in Lock 3 Park in downtown Akron. Men literally “walked a mile in her shoes,” or rather, heels, to raise awareness against sexual violence. Both women and men participated.

“This event impact[s] the community, campus, and UA students in a positive way by making people aware that sexual assault does happen right here in Akron to people we know and interact with every day,” said UA student Lauren Wurm, who walked the event. “It challenges everyone to take action and refuse to shove the topic under the rug because it’s uncomfortable to talk about. People need to know how to help friends and family members who are at risk of or have experienced sexual assault.”

The purpose of this walk was to demonstrate to men what it was like to physically be in women’s shoes. For women and victims in attendance, it showed that there were men in the community working to fight gender-based violence.

“I definitely didn’t know how big this issue was until attending. I gained more of an awareness about the Rape Crisis Center and all that [it does] for victims and survivors,” said event volunteer and junior at UA, Erin Dodd. “I think the victims…who came also got to see how much support there is for them and maybe that made them feel a little better knowing that there are people out there who actually care and stand up for this issue.”

The walk is the Rape Crisis Center’s biggest event. It is a part of the “Your Move” campaign that the Medina and Summit counties’ Rape Crisis Centers designed. This campaign focuses on preventing acts of sexual violence by educating individuals on the moves they can take to help stop it.

“With national numbers being that one in six women will experience sexual assault at some time in her life, it is crucial that students become involved,” said Dana Zedak, director of the Rape Crisis Center. “This epidemic won’t stop unless we all take responsibility.”

With over 1,000 people in attendance, the event raised about $100,000, according to the Rape Crisis Center.

“My life’s work has been to provide services to survivors and education to the community. Seeing so many people participate in this is a dream come true,” Zedak said. “As an alumnus of The University of Akron, I am thrilled to see the level of involvement from this campus.”