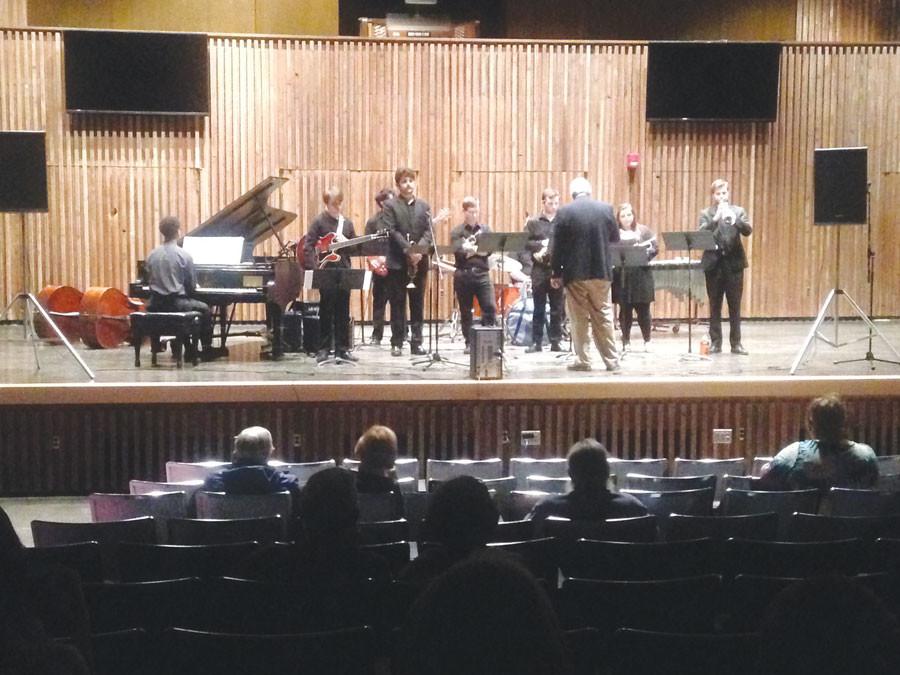 As if taking an exam that your grade is dependent on isn’t anxiety provoking enough, imagine doing it in front of an audience full of people. The UA music students performed their end of semester pieces in front of a large audience at Guzzetta Recital Hall on April 28.

The show was entitled “Jazz Combos,” which was directed by Jack Schantz, Tim Powell, Rock Wehrmann, and Mark Gonder.

Some of the pieces performed included a Latin-inspired samba piece composed by Antonio Carlos Jobim, as well as a piece by the iconic jazz artist, Miles Davis.

Faculty, UA alumni, and other UA students came to show support to friends performing in the show.

Sophomore Caitlin Barr attended the show to support to her friend who sang several songs during the performance. Barr, a music education major, said that what she loves about jazz music is that “It speaks more clearly to the audience than classical music does.”

The UA students who performed connected with the audience members, who could be seen smiling and swaying throughout the show.

The performance, along with others offered by UA School of Music, are free for both students and community members. For a list of events and a full schedule of upcoming performances, visit www.uakron.edu/music.