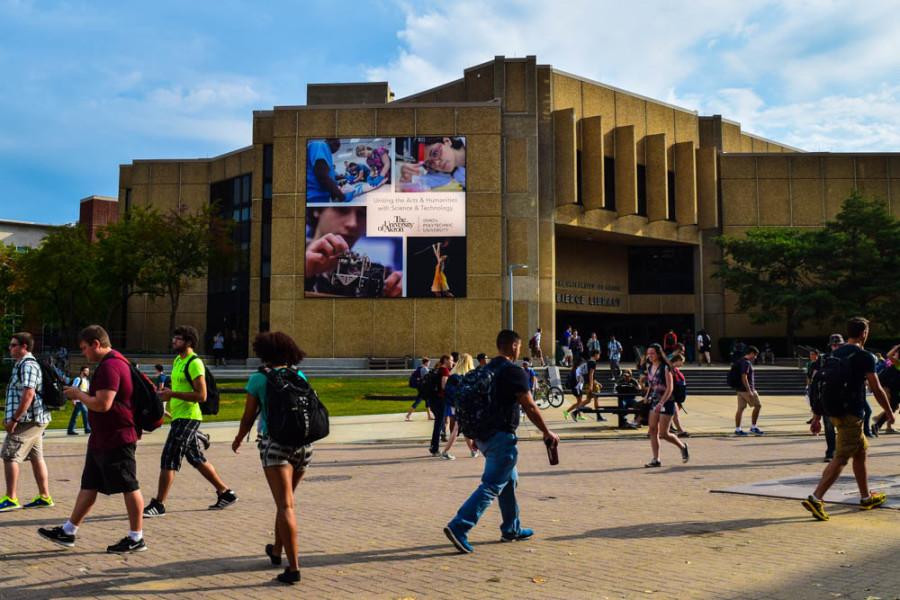 As the University begins to fill with life again, effects from the summer’s administrative decisions linger. Some argue the changes are for the better, while others argue they have been destructive.

In just a few short months, major changes were made to E.J. Thomas Hall, Dining Services, the UA staff, and the baseball team, all in efforts to fix the University’s reported $60 million deficit.

In case you haven’t kept up with the summer’s changes, here’s what you missed:

In late July, UA fired approximately 215 employees. According to the University’s “Just the Facts” statement, no faculty members were fired—contract professionals only.

The fired employees were given a two-week, fully-paid administrative leave, before returning to receive their final instructions for dismissal. Some employees have remaining obligations and will receive full pay for the following three to six months to carry them out.

Students with meal plans have likely already experienced some of the changes made to dining services. Though the days of food trucks on campus are no longer, there are several new dining venues coming to campus, including Chick-fil-A, Panda Express, and Steak ‘n Shake.

In early July, UA outsourced its dining services to Aramark, a food service company. Some of its changes include instituting meal periods, of which there are four throughout the day. Students are limited to one swipe per meal period.

Some dining venues will stay, such as the Union Market and Trackside Grill.

The Shows Will Go On

In July, President Scarborough announced there would be no more programming at E.J. Thomas Hall, a statement that caused much confusion among the UA and Akron community.

According to the University’s “Just the Facts” statement, no events hosted by community organizations were cancelled or eliminated. Some University programming, such as Broadway in Akron, will go on for one year as well.

Community groups, such as the Akron symphony orchestra, are encouraged to continue renting out the forty-two year old venue.

As for UA’s baseball team, players and coaches will not have the opportunity to return to the MAC Championship in 2016 for what would be the third consecutive year.

The baseball team was the only sports team to be eliminated this summer, but students can still join the club team.

After news that UA Press operations would move to the library and several editorial staff would be laid off, the community objected and managed to get some staff rehired. The Press will move forward with all that was planned before the cuts; however, there are no guarantees about next year’s operations.