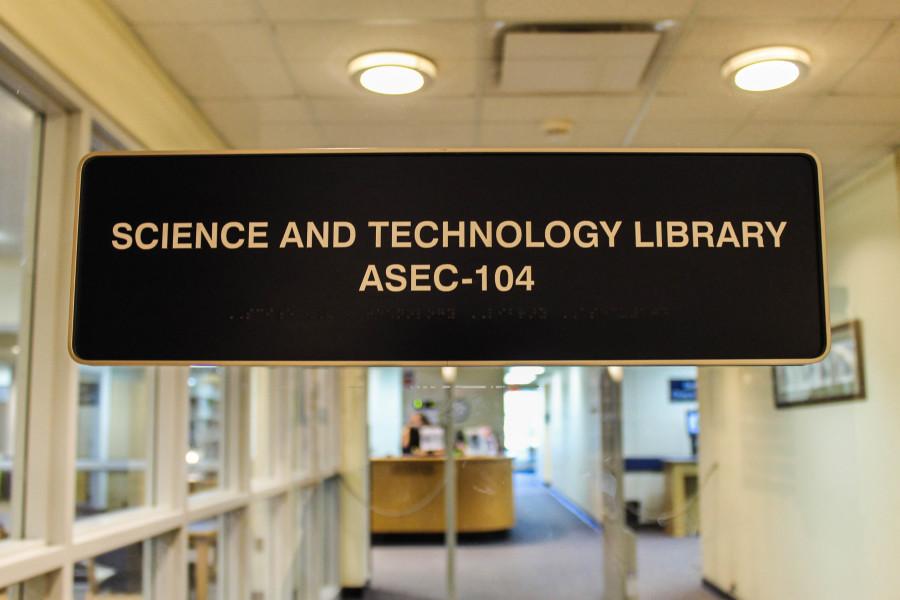 UA’s Science and Technology Library, located in the Auburn Science and Engineering Center, could close.

The library’s operations—supporting students in the “health and life sciences, engineering and computer science, the physical sciences, and technology,” according to its website—would not shut down, but be moved to Bierce Library, along with the ASEC library’s staff and materials.

Though the library was affected by the administration’s sweeping summer cuts, the proposal to move its operations to Bierce came before President Scarborough came into office.

According to Jo Ann Calzonetti, 14-year chair of the ASEC library and one of its four remaining librarians, the consolidation proposal was made in April 2014. In November of that year, a faculty senate library committee was assigned with preparing a paper on the subject. The committee then recommended measures before the full faculty senate.

Calzonetti says she believes the proposal is, despite more recent cuts, part of a steady and long-term reduction of library personnel and collection resources—an effort to “save money but also keep the quality of library services up,” which has increased under Scarborough’s leadership.

“If the two libraries were to be consolidated it would probably take at least a year to prepare [Bierce] to receive the contents of the [Science] library,” Calzonetti said, adding that Bierce has been inspected and deemed capable of the consolidation.

William “Mike” Sherman, UA’s senior vice president, provost, and chief operating officer, said in an email response, “There have been no recent discussions on this matter and, at this time, there are no plans for consolidation of the two libraries.”

Sherman did, however, confirm that the consolidation was discussed in the faculty senate library committee during the 2014-2015 academic year.

If moved, it’s not clear which department would get the space afterward.

Calzonetti remembers her arrival at UA, when there were around 28 librarians in the UA library system. She fears something could be lost in such a consolidation, referencing the different “service model” each library uses.

Bierce uses a “tiered” service model, where students ask other students for assistance first. Only when the students get to the point where they can’t help each other, a referral is made to a librarian.

The science library’s service model is more intimate, as it still staffs a reference desk and encourages direct interaction with trained librarians, according to Calzonetti.

“The other thing is the atmosphere here in the science library. We don’t have a coffee shop, we don’t have the tutoring, we don’t have an [IT] section,” Calzonetti said. “Those things are all good, but it does create something of a different atmosphere.”

She also worries about the distance from where the library is now, noting that students would have to make the extra effort to go to Bierce, and that the ASEC library’s staff and faculty—as librarians are considered faculty—would not be so accessible or familiar around the “science end of campus.”

“But I’m sure about one thing,” Calzonetti said. “Once it’s closed, it won’t come back.”