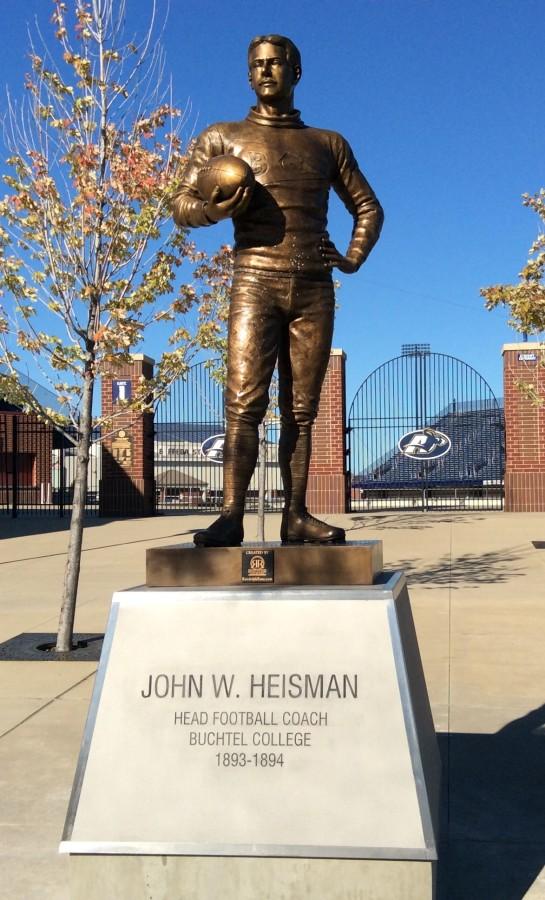 Heisman, who was born in Cleveland, was raised in Northwestern Pennsylvania. He was an offensive lineman for Brown University and the University of Pennsylvania from 1887 to 1891 before graduating from Penn Law School in 1892.

Post-graduation, he started his coaching career at Oberlin College before moving to then-Buchtel College (now The University of Akron) to coach football and baseball.

After his two years at UA, he moved on to coach at colleges such as Auburn, Clemson, Georgia Tech, Penn, and Rice. In addition to coaching football and baseball, Heisman was also the head coach of the Georgia Tech basketball team.

It was hard for the tall quarterback he coached to reach down and get the ball; as a result, Heisman is credited for being the inventor of the modern-day shotgun offense.

After hanging up the coaching whistle, Heisman served as the New York City Downtown Athletic Club’s first athletic director in 1930. Then, in 1935, the club awarded a trophy to the top college football player.

A year later, Heisman passed away at the age of 66 of pneumonia. The Club re-named the trophy bearing his name.

The 8-foot, 750-pound statue, made of bronze, was donated by Akron construction group Thomarios.