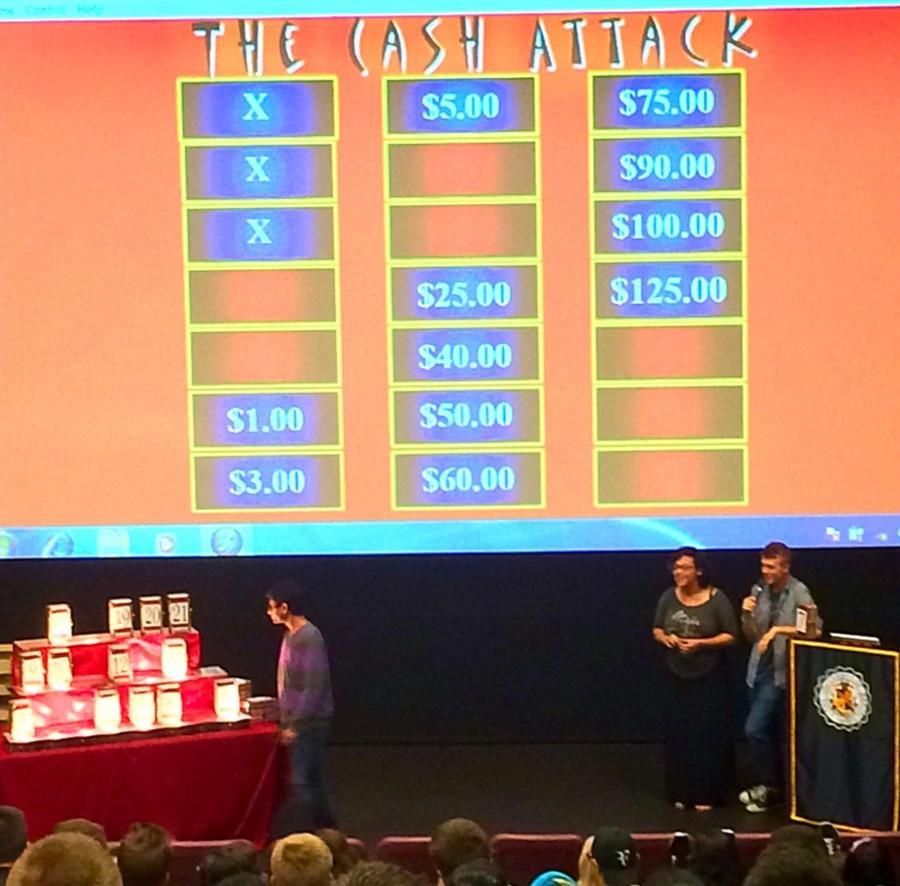 Students played game similar to 'Deal or No Deal' in attempts to win gift cards.

Cash Attack is similar to the game show Deal or No Deal—it includes a set of numbered boxes that the contestants pick, trying to find the one with the winning prize using the process of elimination.

In the first round of Cash Attack, the player chooses a number of boxes before the first offer from the “banker,” and then continues playing from there. The contestant has the choice to stop playing and take the chance of winning, or continue playing if they think they haven’t found the winning box yet.

At the door of the event, ZPN members passed out a ticket to each student. The contestant was chosen from a raffle of the tickets.

During the game, the audience participated by yelling out numbers of which box the contestant should choose.

“Even though my ticket wasn’t chosen to play, I had a great time with the crowd yelling out numbers and helping the contestant win the prize,” student Paige Dennis said.

Students had the opportunity to win gift cards from various places including Starbucks, Panera, Chipotle, and more.

To see an upcoming list of ZPN event’s, visit https://www.uakron.edu/studentlife/zpn.