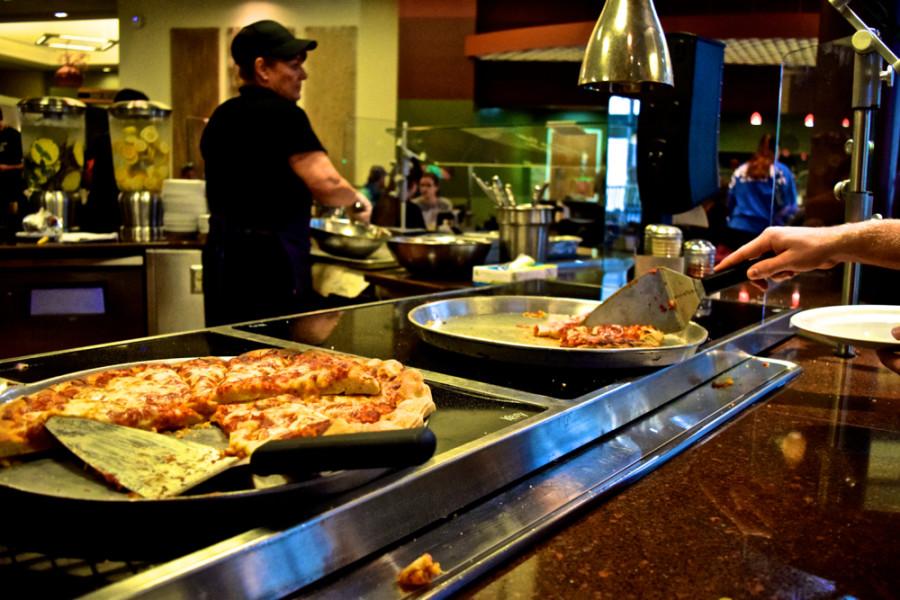 A student at Rob's grabs a slice of pizza for dinner.

The Student Union Subway will no longer be a dining option, Aramark district marketing Manager Eugene Walters confirmed in an interview on Friday, Sept. 18.

The departure of the popular food chain is a result of the inability of Aramark and the local franchisee to make a deal.

“The franchisee of local subways did not want to allow us to have the franchise,” explained Walters. “Because of that, we cannot put one on campus.”

Local Subways, located on Exchange Street and Main Street, will remain open and accept dining dollars for the rest of the academic year.

“Whether the university wants to continue with the all campus dollars— it’s up to them,” said Walters.

Two weeks ago at the USG’s Town Hall forum, students pelted Walters with concerns over the sudden void Subway’s absence would leave in campus dining options. The sub chain offers many cheap, healthy food choices, and students felt as though there was nothing to take its place.

Freshman Jimmy Burkhart agreed with the limited dining options. “I’ve never had Freshens before, but that seems like the only option right now,” he said, referring to restaurants that offer healthy cuisine.

Walters addressed students’ concerns by claiming that Qdoba, slotted to replace Subway, could easily fill that gap. With fresh ingredients and a wider, more diverse menu than Chipotle, he thinks the new addition will satisfy the balance between nutrition and budget dining.

He also noted that Qdoba is already “performing well across the country on campuses of Akron’s size.”

Walters could not give a date on Subway’s departure. “Right now, there’s absolutely no timeline for it,” he said, admitting it could happen next semester, or a year from now.