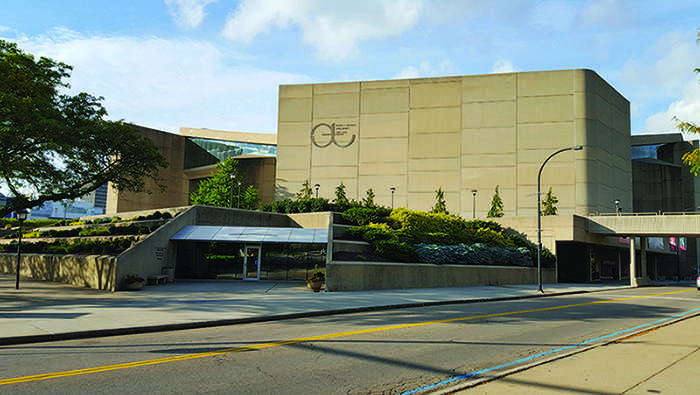 The University of Akron is partnering with Playhouse Square and the Akron Civic Theatre to present the “Broadway in Akron” series at EJ Thomas Hall.

With the new two-year agreement, the series will continue as scheduled on the UA Events website.

The University reached out to Playhouse Square and the Civic Theater after the contract ended.

Nathan Mortimer, UA vice president of finance and administration and chief financial officer, said two staff members from EJ Thomas Hall are in the process of being “retained” and one additional UA employee is being “reassigned” to EJ Thomas.

Mortimer said the principle difference that comes with this agreement is that Playhouse Square is the new promoter and marketer.

Cindi Szymanski, senior manager of brand marketing and communications at Playhouse Square, said they are honored that the University would reach out to them for assistance.

“We hope members of the community will feel the excitement around Broadway in Akron and embrace it,” Szymanski said. “We are open to see where the journey takes us all.”

Mortimer said that the Akron Civic Theatre is responsible for handling the box office and ticketing arrangements, while also providing consulting assistance to the University.

Executive Director of the Akron Civic Theatre Howard Parr said, “Our hope in exploring this regional partnership is to strengthen our community by expanding our ability to bring high-quality arts, entertainment, and cultural events to EJ and The Civic.”

Mortimer said the topic of Playhouse Square and the Akron Civic Theatre working with UA on other events besides the Broadway series is “the subject of future discussions.”

Tickets for the show can be bought online at Ticketmaster.com or at the Akron Civic Theatre ticket office.