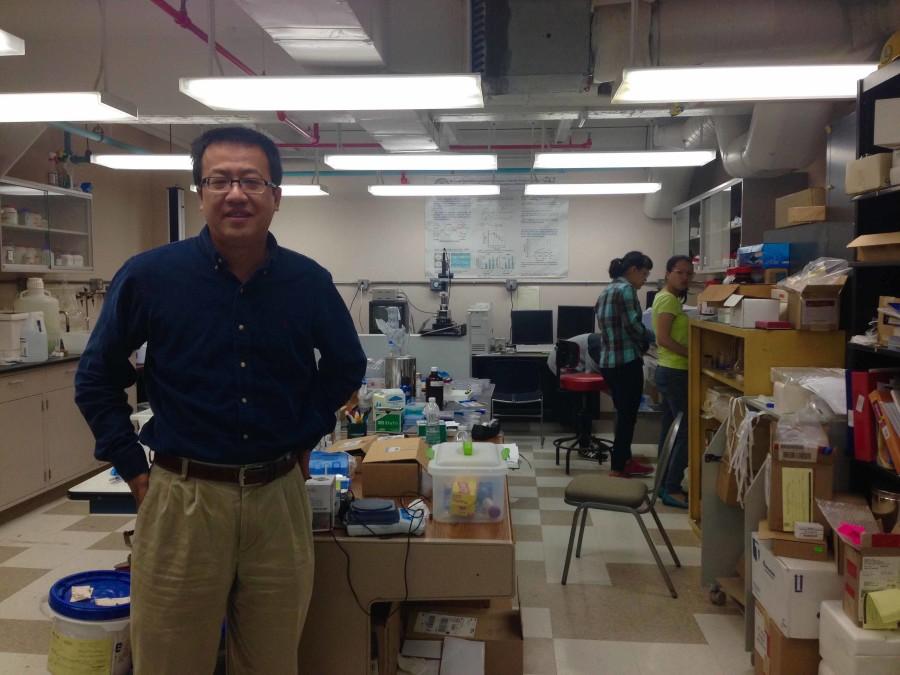 Associate professor of chemical and bimolecular engineering, Jie Zheng, in his lab at Whitby Hall.

UA associate professor and researcher has potentially found a treatment for Alzheimer’s and type 2 diabetes.

Jie Zheng has a Ph.D. in chemical engineering and is an associate professor of chemical and biomolecular engineering. Zheng and his team have dedicated the last seven years toward researching neurodegenerative diseases such as Alzheimer’s.

According to the Alzheimer’s Association, Alzheimer’s is a type of dementia that causes problems with memory, thinking and behavior. This neurodegenerative and progressive disease gradually worsens over the years. Sixty-five is the age at which most people have a higher risk of suffering from this incurable disease.

While there is no current cure, there are treatments available that slow the effects. Zheng stated that current treatments have large side effects, and he wants to develop a treatment that is safer for people to use.

The disease is caused when a protein’s infrastructure folds in a patient. People may not be aware that this is not a genetic disease, however, it is known as the protein misfolding disease.

Zheng discovered a potential molecular link between the Abeta and hIAPP, and is working on a treatment that will treat both conditions with one pill.

“One day my student found out, probably by mistake, but they prepared the sample and for whatever reason they mixed the two samples together. They found out once they mixed it, it still formed the fiber amyloid,” Zheng said.

This discovery was very interesting to Zheng.  “This amyloid fiber had a higher density; the two different peptides interacted with each other and promoted aggregation.”

While Zheng thinks the data is promising and may possibly be developed within the next 10 years, he will continue researching the link between Alzheimer’s and type 2 diabetes.

The Alzheimer’s association is holding its 2015 Walk to End Alzheimer’s on Oct. 4 at UA’s Stile Athletic Field House. For more information visit their website.