Chief Financial Officer Nathan Mortimer says 30 to 34 staff, whose positions were abolished over summer, were recalled. 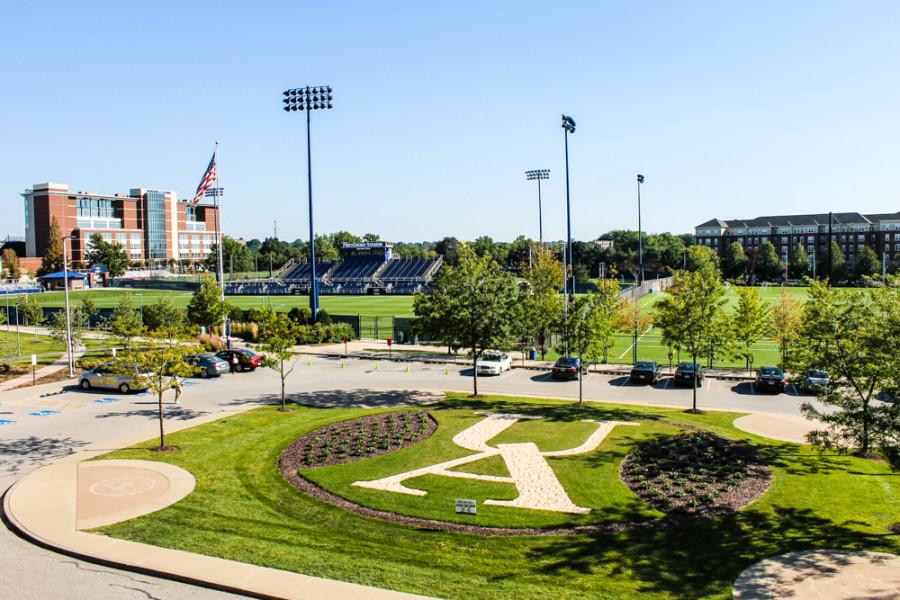 Not all employees whose positions were cut in July have left The University of Akron for good.

“We’ve had a number of people who we’ve brought back because of bumping rights or [their] skill set and put in different positions,” UA Chief Financial Officer Nathan Mortimer said, referencing the return of those put out of work when the Board of Trustees officially cut 213 positions.

Bumping rights allow an employee to exercise, say, seniority, to save his or her job by “bumping” a different employee out. Not all employees have this right, though.

Mortimer says the money for these hirings, called “recalls,” is not taken out of the savings from cutting the 213 positions, but created when other employees—whose positions were not abolished—retire or leave.

Mortimer said, since July, 17 people have submitted retirement and six people have left on their own accord. The University has had around 30 to 34 recalls, he added; however, “most of the recalling has been accomplished.”

Ray Letzler, the UA staff painter who in early August revealed details to the Akron Beacon Journal about President Scott Scarborough’s home renovations, was one of the recalls, along with two other painters.

That’s the same number of painters—three—whose positions were cut by the Board in July.

Mortimer did not have specifics on other recalls, but cited the painters’ cases as the most readily-available example.

“I would characterize the recall of the painters as completely unrelated to the [Akron Beacon Journal] article,” Mortimer said.

These recalls are separate from the administration’s recently revealed plans to hire 55 new faculty members, released Sept. 29 and sent to all UA students through Zipmail.

“…the hiring of additional faculty members will be discussed with college deans and faculty leadership…” the news release said, hinting there could be more than 55.

“We’re a very fluid organization,” Mortimer said, referencing the frequent comings and goings of staff and faculty. “On a daily basis, we hire people and people choose to leave.”

For that reason, the hiring of 55 new faculty might not be so unusual, or enough to placate the criticism the administration has received in recent months.

The faculty hiring news came a day after the Akron AAUP revealed faculty survey results showing widespread dissatisfaction with Scarborough and the Board of Trustee’s leadership.