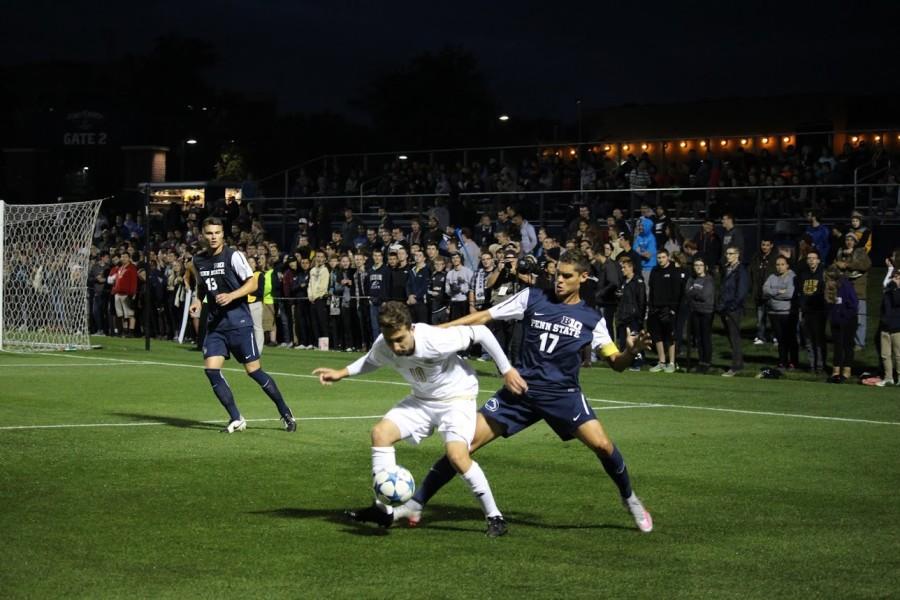 University of Akron junior Adam Najem has been selected by the Mid-American Conference as the MAC Men’s Soccer Athlete of the Week, the league announced earlier today.

The conference award was the second of the season and sixth of the career for Najem. The honor marked the third weekly conference accolade for a Zip in 2015.

Najem was picked by College Soccer News as a member of its National Team of the Week, and locally he was named Zips’ Student-Athlete of the Week.

Last week Najem continued to elevate his leading the Zips to victories over Penn State and at University of Alabama at Birmingham as he played a hand in every goal for Akron recording a pair of goals, while adding an assist.