A Walk to Remember 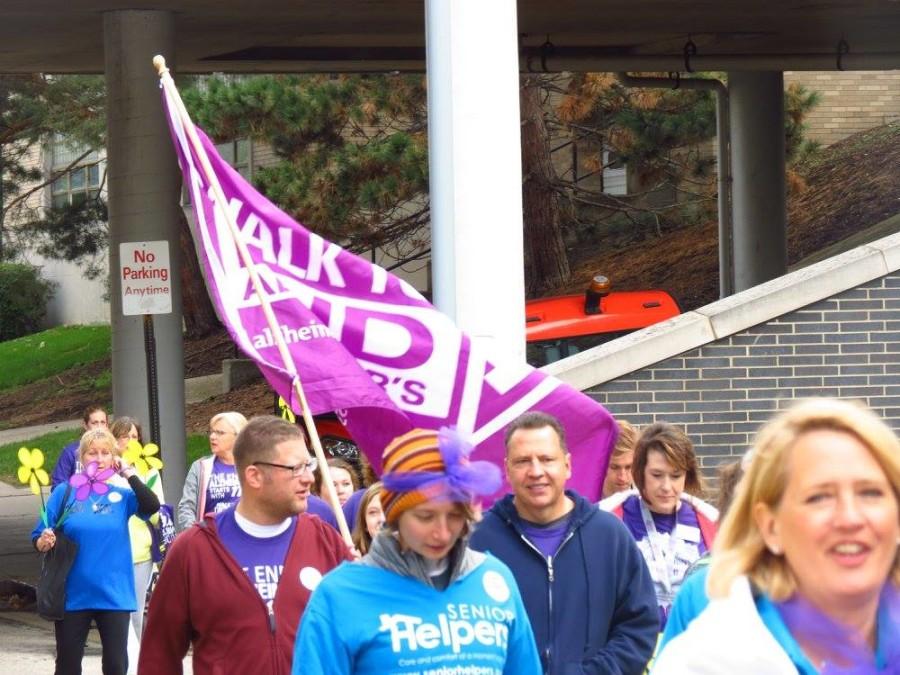 Participants in the Alzheimer's walk support cause.

More than 210,000 people in the state of Ohio live with Alzheimer’s disease or another dementia, and about 13,000 of them live in Summit County, according to Alzheimer’s Association.

The Alzheimer’s Association Walk to End Alzheimer’s is the world’s largest event to raise awareness and has been fundraising since 1989.

The 2015 Akron walk honoree, Chelle Hammond, was recognized for her dedication to the cause. In 2010 Hammond lost her father, Ed Glassner, in 2010. She then started a letter campaign and is ranked as one of the top fundraising individuals in the Akron Area.

Hammond’s husband, Paul Hammond, is the associate athletics director for facilities and operations at UA.

The walk, held at UA, was the largest grossing event held in the Greater East Ohio Chapter.

The Greater East Ohio chapter covers 17 counties and holds 8 walks annually, including the Akron walk. In 2013, the Akron walk was moved to UA because the number of participants increased.

Communications Coordinator Andrew DeFratis said five years ago they had 600 walkers and raised $100,000. The goal for the Alzheimer’s Association is to double revenue in the next five years.

“We appreciate the student groups that participated and volunteered this year, and welcome and encourage students to form teams in the future,” DeFratis said.

Alzheimer’s is a tragic disease that affects nearly one in every three seniors. There are more than 5 million Americans living with Alzheimer’s, and it is the sixth leading cause of death in Ohio. The Alzheimer’s Association wants people to become engaged and active to help raise funds to find a cure.

More information about Alzheimer’s disease and ways to help can be found at alz.org.