Freshmen weigh in on success coaches 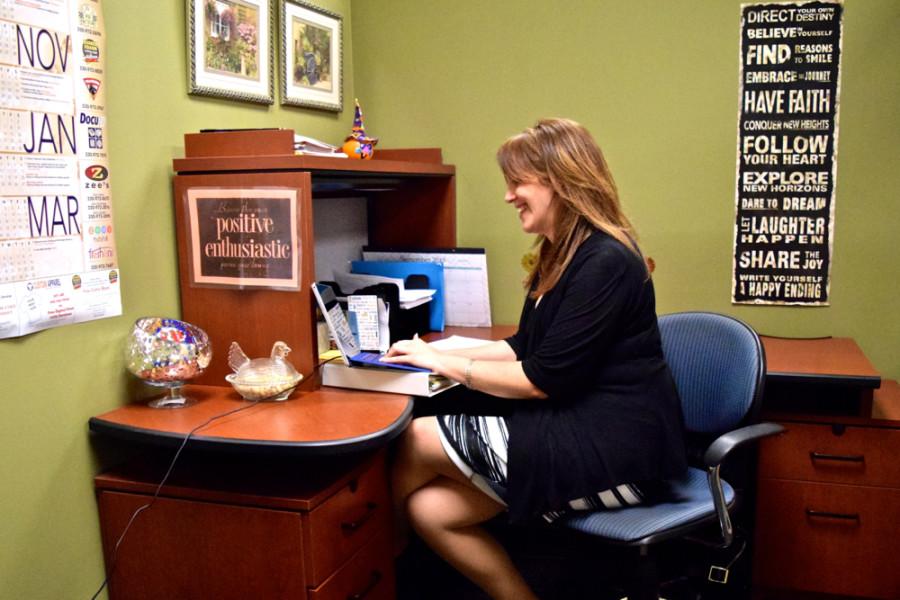 Lauren Walter, a student success coach, works in her office in Simmons Hall.

By Spencer Skolnick and Grant Morgan

Student success coaches, whose services began this semester on UA’s campus, are purported to provide freshmen with resources and knowledge to help them succeed during and after college.

The coaches are employees of Trust Navigator, a private company hired over summer by the University to provide additional and individualized advising to all freshmen.

News of the hiring of Trust Navigator, whose cost is $840,000, sparked controversy from the very beginning, as the startup has had no previous experience in this field. Critics wondered why UA would need such a company, as it already has advisors and mentors; they also questioned how effective such coaches would be when each one would have to work with hundreds of students.

“Often incoming freshmen feel like they get lost on a campus as big as UA,” said Rob Rego, Trust Navigator’s chief operating ambassador. He added that success coaches are supposed to make college seem less overwhelming and the campus much smaller.

The goal of this program is to increase retention and enrollment, as freshmen are required to meet with a coach from now until they graduate.

The program’s resources include connections to alumni and members of the community who have jobs similar to ones students are pursuing.

Success coaches are also supposed to work with academic advisors on campus to aid students in improving their school work, attendance, and grades. Freshmen are required to meet with their coaches throughout the semester to check up on their current academic progress.

Reho said the success coaches were not implemented to replace university advisors, but to give additional help.

The Buchtelite spoke with some freshmen on their experiences with the coaches so far, in order to see if their purpose is being fulfilled as intended.

Freshman accounting major Kylie Stoneman said she has already talked to her coach, Lauren Walter, and that she was helpful.

“I think they’re worth having,” Stoneman said. “I felt more comfortable with her than my advisor.”

According to Denny, the advice he was given was “as soon as you start to struggle, seek help from tutors and advisors.”

“I’m busy, and this is just another time commitment to fill up my calendar. It takes away from studying,” Denny said.

Applied science and technology freshman JT Paris, whose success coach is Autumn Berry, said his coach gives him “important resources for tutors and determining your major.”

Paris thinks success coaches are worth having, because “academic advisors are very busy and have limited appointments.”

“We just went over basic stuff, like why I came to college, why I came to Akron, and what my goals are,” May said. “I can tell he cares a lot about students in general, but because he has a lot of students to deal with, it’s hard to be personable.”

“I was told to join a student organization,” May said. “So that’s why I joined the ballroom dance club and will probably join the running club. My coach told me people who join organizations have much higher success in college.”

Freshman Amneh Ghumrawi, whose coach is Jammal Ball, said the coaches are helpful and doesn’t think it’s a problem that she has to contact the coach if she has a problem.

“They don’t bug you, but if you need them they’re there,” Ghumrawi said.