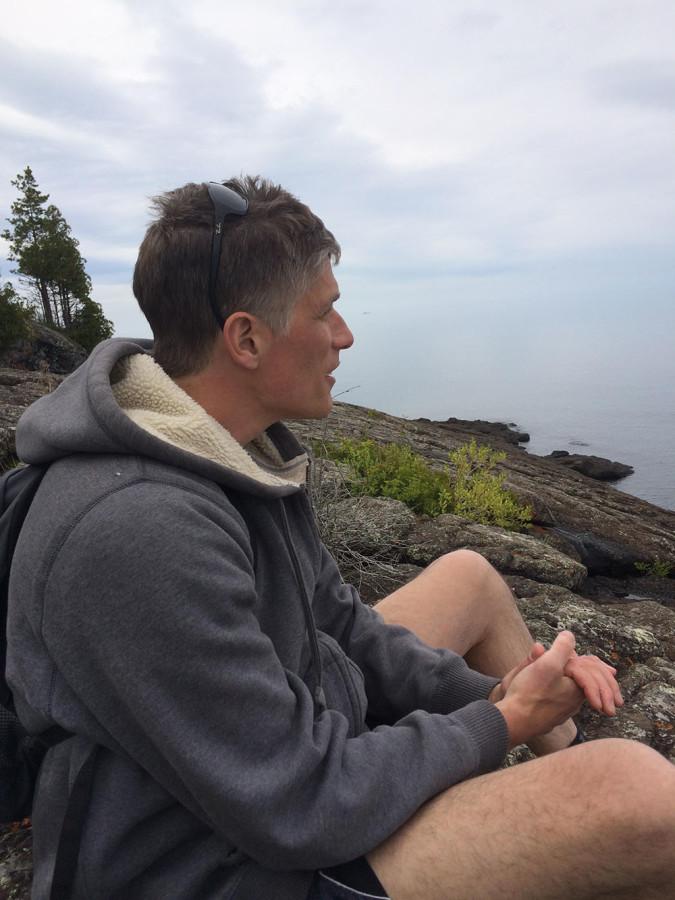 Contemporary artist Alexis Rockman visited the Akron Art Museum on Thursday, Oct. 8, to give a lecture and present his recent artwork, which showcases the effects human beings have on the earth.

In his lecture, Rockman displayed his painting, which showed a visual timeline depicting the evolution of nautical ships through history.

The paintings were a part of a project that deals specifically with the Great Lakes. He is still working on some of the paintings.

Some of Rockman’s artwork depicted nature contaminated by human involvement, such as toxic runoffs in rivers.

At the end of his lecture, Rockman answered questions from the audience.

When asked about the connection between his art and humanity’s environmental impact, Rockman said he has thought about the aspect of changing people’s behaviors but, “a consensus of scientists that have been vocal for the past 15 years, people have ignored because they want to do what they want to do.”

“I think it’s a very bleak moment and a very bleak future for most of the planet because of so many issues— fresh water being one of them,” Rockman said. “We need a very charismatic figure to articulate this crisis, very much in the way of traditional civil rights and so on and so forth.”

Graphic design student Natasha Lewis had good things to say about the lecture.

“I thought it was moving. He really cares,” Lewis said. “You can tell in his paintings he really cares about how humans affect nature.”

Rockman’s lecture was a part of the UA Synapse Series, which is sponsored by the

John S. and James L. Knight Foundation. Synapse aims to bridge together art and science and to bring different audiences into the arts world.

The Synapse Series is ongoing with another lecture from artist Judy Pfaff scheduled for Nov. 4.