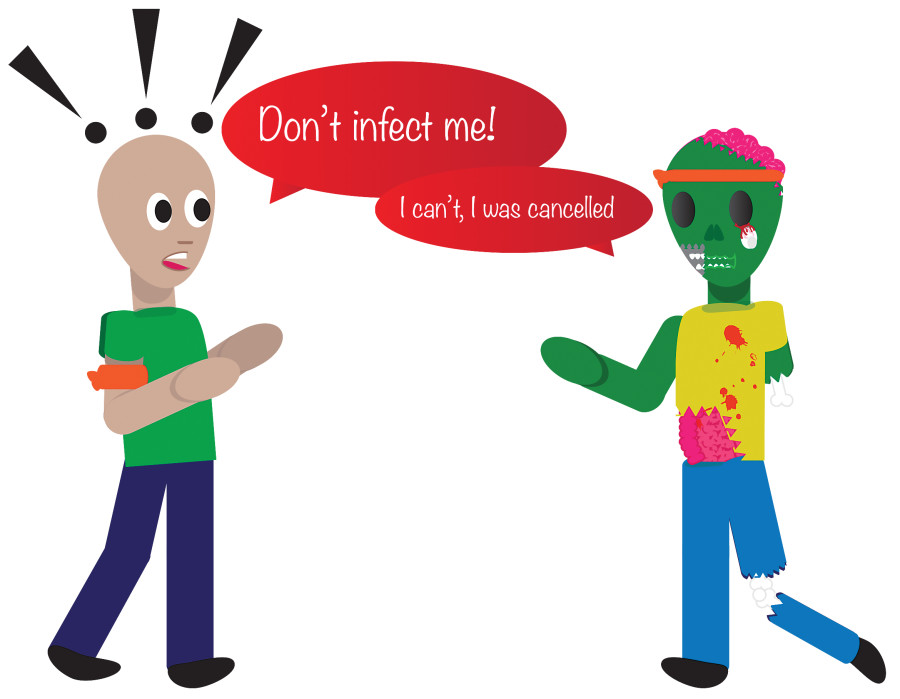 The campus-wide competition known as Humans vs. Zombies came to an abrupt end last Monday night when UAPD decided to cancel it.

The police department cited an influx of complaints as the reason for its decision.

According to an email sent to all Humans vs. Zombies participants, a police captain said, “This is no fault of yours or your organizers; you have always been good to work with. We have been overwhelmed with calls regarding your game’s activity on campus and must now insist that it be over.”

Many of the complaint calls came from students and community members who were worried about the game’s use of Nerf guns.

The recent shooting at Umpqua Community College in Oregon has many people on edge, especially concerning guns on campuses.  Some of the game’s participants use customized black Nerf guns, which closely resemble real firearms.

The police captain noted in the cancellation e-mail that “In light of the shooting in Oregon the timing for your event could not have been worse.”

The game’s organizers complied with UAPD’s orders, acknowledging that “While this is obviously unfortunate and frustrating, we have to respect their wishes if we ever want to have events in the future.”

This year’s game was scheduled to run Oct. 5 through Oct. 16, with 377 participants.

The game’s concept is based on zombie-themed TV shows such as “The Walking Dead.”  One group of players, known as “humans,” competes against another group, known as “zombies.”  The humans must avoid the touch of the zombies, or else they become “infected” and transform into zombies themselves. Humans can “stun” zombies by shooting them with Nerf guns.

The competition was off to a fast start Monday before it was cancelled.  In just 12 hours, zombies had transmitted the infection to 40 humans.

In their newfound free time, the Humans vs. Zombies moderators are pushing for official Student Organization status.  They believe that achieving official status will lessen the possibility of future cancellations.

In the meantime, students can get their fix of zombie action Sunday nights on AMC, with new episodes of “The Walking Dead” premiering weekly.