Coming out in the Union: UA’s second annual drag show 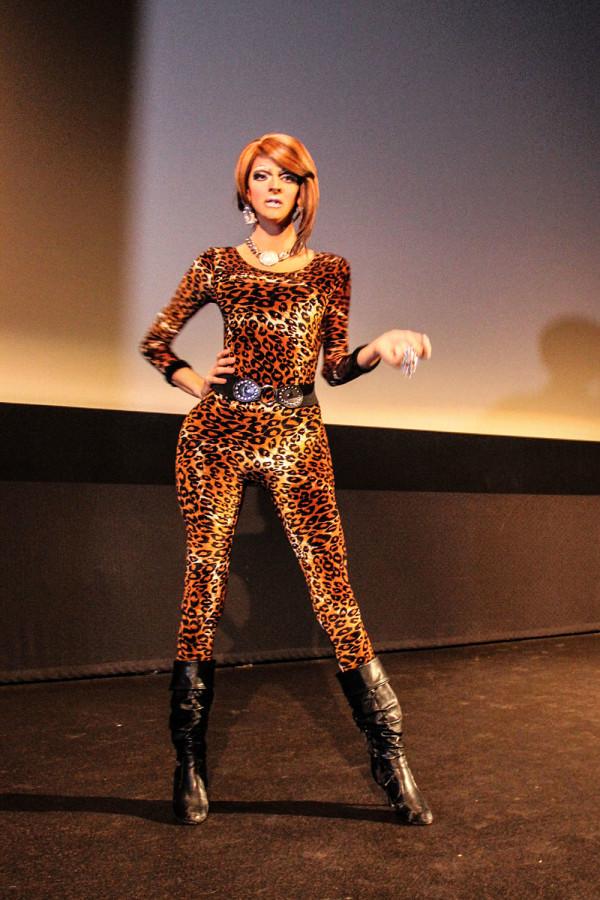 In honor of National Coming Out Day, the Zips Programming Network hosted a drag show in the student union theater Monday night for a very full and enthusiastic audience.

There were more than 200 in attendance celebrating those in the LGBT community, specifically those who have recently come out to their family and friends.

This was the first time diversity events chair, Kristina Aiad-Toss, has planned a drag show.

“It was great being able to showcase diversity and that I was able to bring that to the audience, as well as bring awareness to National Coming Out Day,” Aiad-Toss said.

Following the performance, ZPN gave away several prizes and performers pulled audience members up to the stage to dance and take selfies.

Peru also demonstrated to the audience how she manages to deliver such a high energy dance routine, “even in heels.”

“It was a really good show,” student Julie Yockey said.  “I was impressed with the quality of the show, and the women in the show and the way it was choreographed.”

Some of the more memorable performances were Dawn’s portrayal of the late Liza Minelli, and Fox’s Lady Gaga inspired routine.

One of the audience members was Michael Anderson, a former drag performer himself, who when asked which performer he was excited to see replied, “all of them.”

Though Anderson is no longer performing in drag shows, he expressed a special love for Dawn, who he referred to as his “mother” in the drag circuit.

Additionally, for National Coming Out Day, ZPN hosted a Spread S’more Love event in the Union to raise awareness about the day. They handed out free s’mores to participants.

For those that may have missed this wonderful show, the drag performers mentioned in this article can be seen in downtown Akron at the bar Tear-Ez on weekends. You must be 21 to drink, but 18 and over are welcome to attend and enjoy the show as well. Tear-Ez is located at 360 S. Main St. in Akron.