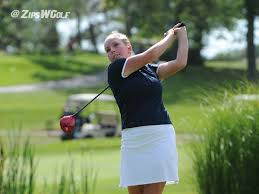 The University of Akron men’s and women’s cross country teams will head to the University of Louisville, which is serving as host for the 2015 NCAA Division I Pre-Nationals Invitational at E.P. ‘Tom’ Sawyer State Park.

Akron’s men’s golf team will hit the road for the inaugural Mountaineer Intercollegiate at the Pete Dye Golf Club in Bridgeport, West Virginia.

Twelve other teams besides the Zips and host West Virginia University will battle on a course that is no stranger to championship golf, having hosted a number of professional events and amateur national qualifiers.

Miami (OH) and Penn State, a pair of NCAA Regional qualifiers, are amongst the participants.

Akron head coach David Trainor will have to have his troops ready to conquer this course that runs 7,308 yards long and has a par of 72. In comparison, the Firestone North Course that just held the Firestone Invitational is 7,125 yards.

The Zips posted their best three rounds as a team here in Akron at the Firestone tourney.

George Baylis leads the team with a 73.44 strokes per round average, followed by Elliot Grayson, Louis Birchall, and J.B. Williams with 75.33. Ryan Harris rounds out the top five with 75.5.

Then Sunday at noon, the team takes the pitch to battle Toledo (2-4, 6-9) as they look to get back on track after losing three of their last four matches.

Akron holds a 3-2 record for matches here at home. Sarah Sivic leads the Zips with six goals and four assists, while Katie George has added four goals and Rachel Baughman has three assists.

The women’s volleyball team looks to get back on track after a couple of straight set defeats last weekend.

There will not be any time to celebrate victory or lament a loss as the Broncos of Western Michigan (4-2, 8-13) will invade the JAR on Saturday evening at 5.

The Zips leaders this season so far are, Amanda Bedell in kills with 182 and Brenna Mack has 207 kills.

The University of Akron Swim team opens their competitive season at the Tom Stubbs Relays this Friday at Bowling Green.

Akron will join host Bowling Green, Toledo, Oakland and Youngstown State to complete the field for this event.